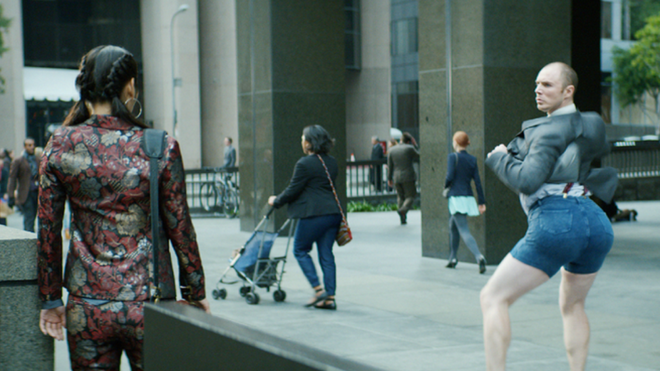 Seated in my usual nook on one of the metal benches in our local Wal-Mart, I watched a four young men strut past. I found it humorous at first glance because they were not walking the way one might expect. As I studied their odd body movements I realized that they were simulating a “gang” mentality, using their bodies to signal their strength and sexual prowess to the females around them.

As I waited there, this old sociologist began to study the way both men and women walked through this very public place. I have been a student of body language for years and should have picked up on this behavior long ago. I realized that the way young men and women walk in public clearly signals some kind of primeval kind of sexual invitation. What is more, I felt as if they may be sending these signals without being aware of it.

Many of the young men who passed that day walked with a special gait that somewhat suggested the exaggerated movements observed in the group of four, but the body movements were much more subtle. It seems that when they are together, even in numbers of two, young men sometimes go into the intense motions that include a bending of the knee and dropping of the shoulder with each step. There is no swinging of the hip.

There are other subtle symbols, especially in the face. When in this public display, the head is usually held stiff and the face strictly front and center, but the eyes are alert and taking in everything around them. They are especially aware of the females in the area.

I don’t need to explain much about the female body movements. Almost all young women have a way of rolling the hips as they walk that drives men wild. Some are more accomplished about this sexy body movement than others.

As I changed my focus and began studying this phenomenon among the women I discovered something very interesting. While men appear to stop walking like primordial apes after marriage (they usually have children in hand or are walking alongside their wives), the women continue swinging those hips well into their middle years. Even stocky women do it. It is as if the women subconsciously continue to advertise their wares to other potential suitors throughout their reproductive years.

Older women, obviously those who have passed menopause, appear to shift their gait and walk like the older males. By then it was difficult to tell if perhaps these women are tethered by arthritic joints, osteoporosis, or other pains associated with aging.
​
Such is my sociology lesson for today boys and girls.