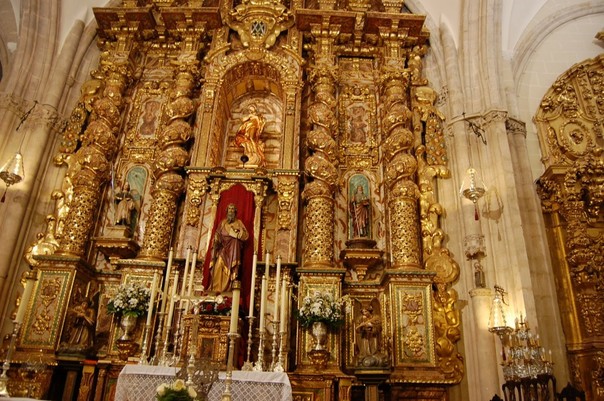 In April, 2015, Italian Prime Minister Mario Monti disclosed that the Vatican agreed to be taxed on certain non-religious commercial properties. This appears to be an act of charity since the tax, which would amount to somewhere between $650 and $2.6 billion a year, would help Italy recover from a severe deficit.

The BBC stated in a report of the agreement that the Vatican had been totally exempt from property taxes since 2005. The story said the church owns 110,000 properties, homes and shopping complexes valued at about $12 billion, all of which were untaxed.
​
The issue of taxing the Vatican state had been bubbling for several years. Because of the Italian government’s austerity measures, thousands of citizens petitioned Monti’s government to revoke the Vatican’s tax exempt status. Also the European Commission issued an inquiry in 2010 into whether tax exemption for the church equaled illegal state aid and stifled competition.

Whatever monies are squeezed out of the gilded Vatican, we can be quite sure it won’t touch the real wealth packaged within that Jesuit stronghold. The place operates under the Vatican Bank, cleverly called the “Institute for Works of Religion,” which controls all financial activities in the world.

In the United States, the banks answer to the Federal Reserve, which loans money on interest. The Reserve in turn pays the Bank of England, which in turn bows to the Swiss Bank of International Settlements. All central banks are controlled by the Sovereign Military Order of Malta, a secret Jesuit order, which operates under the International Maritime Admiralty Law. This is in reality a Vatican created Canon Law that controls all of the wealth in the world. Most, if not all of the gold reserves in the world are believed to be stored in vaults controlled by the Swiss Bank.

With this in mind, the thought of an Italian Prime Minister reaching an agreement with the Vatican for a yearly property tax payment on certain church-owned properties is somewhat ludicrous. With the kind of power the Jesuits have, any kind of payment to the government of Italy will be but a token within the controlled wealth in the Vatican’s grasp.

There is a history here that dates back centuries, but a key to the Vatican's power was a 1929 concordat between Mussolini, King Emmanuel and the Vatican that declared Vatican City as a separate nation within the heart of Italy. The agreement, which ended a long struggle between the Italian state and the Papacy, declared that the Italian government would protect the honor of the Pope by arresting and prosecuting anyone that challenged the Vatican. Catholicism was declared the official religion of Italy. The treaty permitted the Vatican to maintain its own banking system.

The last part of the agreement just rubber stamped something that was already being done.

When Cardinal Francis Borja became the Superior General of the Jesuits and Roman Catholic universities were opened throughout Europe, the decision was made to store the gold and silver in Switzerland for safe keeping. Thus the heart of the world banking system was established in Switzerland and it remains there to this day.

In 1572 Pope Gregory XIII granted the Jesuits the rights to deal in commerce and banking. After this the Jesuit schools and colleges began preparing the brightest minds in Europe how to utilize usury instead of brutal conquest to overpower nations. It was a brilliant strategy that is still in operation today.

As that plan was evolving the reorganized Bank of Rome began opening branch offices throughout Europe. The Bank of England, which opened in 1694, became the world's first Central Bank. At that time, England was a major world power with colonies established on every continent, including the Americas.
​
While the United States has granted churches and church-owned properties tax-free status since 1894, not all countries do this. Thus the Vatican, with all of its collected wealth, has managed to be one of the largest tax evaders in human history.