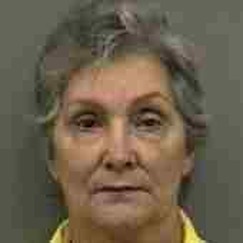 People living in North Carolina will probably remember the controversial case of Velma Barfield, the grandmother killer put to death after being convicted of one of at least six deaths in an alleged serial killing spree.

Barfield was put to death by lethal injection after six years of appeals. She died on November 2, 1984, at Central Prison in Raleigh.

She was arrested in 1978 after a boyfriend, Rowland Stuart Taylor, died of mysterious causes. An autopsy revealed that he had been poisoned with arsenic. It was determined that she had mixed rat poison in his beer and tea after forging checks from his account.

After Barfield’s arrest, further investigations revealed that she had a sordid past, with lots of unexplained bodies. Police dug up the remains of Jennings Barfield, her former husband, and found traces of arsenic in his body.

During the investigation, Barfield denied killing her husband, but she confessed to Taylor’s murder. She eventually confessed to the murders of three other people that died while she was working, caring for the elderly. Barfield’s mother, Lillian Bullard, was among them.

Social researchers learned that Barfield had abusive parents and escaped by marrying Thomas Burke. They had two children and lived what was described as a normal life until Barfield underwent a hysterectomy. The surgery did not go well and she developed chronic back pain. She became drug dependent and Burke began drinking heavily. Burke died while passed out alone in the house and it burned to the ground. Barfield was away with the children.

The killing apparently began after Barfield married Jennings Barfield. Less than a year later he died of what was thought was a heart problem.
​
No one really knows why Barfield began killing after that. She became the first person to die in prison after the death penalty was reinstated in North Carolina.