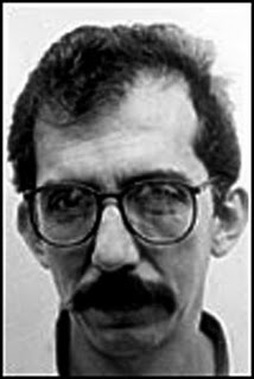 The Beast of Columbia: Luis Garavito

Luis Alfredo Garavito of Genova, Colombia, has probably earned the title of worst serial killer in history even if local authorities never finish identifying his victims. He has admitted to the rape, torture and murder of 147 boys, police have confirmed 138 killings, and if the maps of locations of their remains drawn from his prison cell are correct, the number may total more than 300.

Garavito, who is serving a 22-year prison term under heavy guard because he is believed to be in danger of being killed by other inmates or the general public because of his crimes. An original prison sentence of 1,853 years and nine days was reduced for three odd reasons. There is no death penalty in Columbia and Colombian law prohibits more than 30 years of prison for even the worst of crimes. And even this sentence was reduced because Garavito has been cooperating with authorities in finding and identifying the bodies of his victims.

Many Colombians believe an exception to the law against the death penalty should be made in Garavito’s case.

Police say that between 1992 and 1999, Garavito killed more than 200 young boys between the age of 8 and 13. The oldest of his victims was 16. Nearly all of them were homeless street children who were easy targets.

According to reports, Garavito would lure his chosen targets into secluded places with promises of money for some easy work, or some other enticement, like drugs. Once he was alone with them, he tied up his victims, tortured and raped them, and then sliced their necks. Sometimes he went so far as to decapitate them. They were all buried in shallow graves.

Garavito said he was usually drunk when he killed the boys. He says he believes he was “taken over” by a demonic force which caused him to do the murders.

Garavito was born in Genova, Quindio in 1957. He was the oldest of seven boys who all grew up in a violent household. He was beaten by his father and repeatedly raped by two male neighbors. He left home at 16.

He drifted from job to job, drinking excessively. Police said he attempted suicide at least once and was under psychiatric treatment for five years. He confessed to the killings after he was arrested in April, 1999 on a charge of raping a 12-year-old boy.

At the time a nation-wide task force was researching what they believed were satanic cult killings after a mass grave of 25 children was found in a Pereira ravine in November, 1997. Garavito confessed to all of these killings and more after he was caught.

To date, police have recovered 114 remains and are still searching for others.

Authorities say Garavito’s killing spree occurred in 54 cities across Colombia and Ecuador. Most of the murders occurred in and around Pereira, where he grew up, located in the western part of Colombia.

Poor and homeless children are a big problem throughout the area.