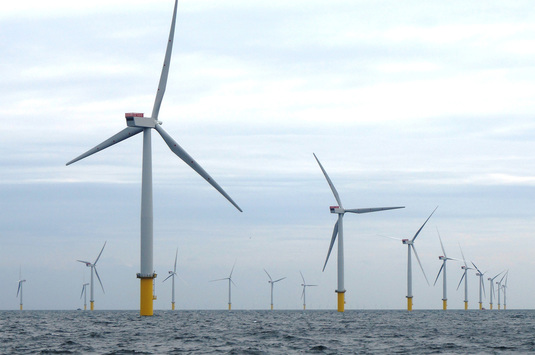 The first time I ever saw a wind generator was about 40 years ago. A farmer erected one on a pole beside his barn near Carsonville, Michigan. It was a massive thing with huge blades. I noticed, however, that I never saw it operating.

Those were the early days of the national campaign to reduce carbon emissions, our dependence on foreign oil and our search for alternative green energy sources. We were feeling the sting of higher gasoline prices, the government’s imposed rules forcing automakers to add catalytic converters and other anti-smog devices on our cars.

I remember one of my wife’s brothers was experimenting with solar energy. He mounted a large solar panel on his house and had it hooked to a part of the home electrical system. It was a toggled up affair and I don’t think it operated very successfully. He was always tinkering with it.

As the years went by we saw more and more wind generators and solar panels being installed. The wind generators usually were always seen in clusters, spanning large rural land areas. We never knew how much power they were producing or where this energy was being used.

The last trip I made across the United States, from Michigan to California, it seemed as if the Midwest was saturated with “wind farms.” These mounted super windmills could be seen almost everywhere we looked. They were so plentiful we got tired of looking at them.

While they seemed like a grand idea, the nation’s love for wind generation appeared to be coming to a close. It turned out that the power generated by the wind powered turbines was dependent on the blowing wind . . . but not too much of it. It took a lot of them to make much of a difference in the communities that tried them. The machines were so costly it took government subsidies to help get wind farms up and running. And it turned out that there was a high and constant maintenance cost involved.

At least that is what the critics are saying.

Environmentalists hate the wind generators. They say they are death traps for birds, especially during migration times of the year. There was even litigation where the courts forced the wind generators to be shut off at certain times of the year to protect the migrating flocks. This was because the best places for erecting these machines were in natural passes for the migrating birds to fly.

Alas, it appeared that the successful alternative to the nation’s energy needs may not be wind energy, even though there has always been lots of it. The problem has been finding ways to harness this power that is less costly, less unsightly, and more environmentally friendly.

A recent report noted that there presently stands over 14,000 abandoned wind turbines, rusting, decaying eyesores that somebody has to tear down and haul away to the local junk yard.

So was wind power a failed experiment? Well, that early portion of the experiment appears to have had some problems. But never fear, the young engineers of the world are not giving up on wind power just yet.

A Spanish company, Vortex Bladeless, is developing a radical new way to utilize wind energy. This company will soon be offering a bladeless device that some writers say looks like a giant straw that will stand some 40 or more feet into the air. This device utilizes vorticity, an aerodynamic “whirlpool” action of wind as it separates to pass around the device. Vortex engineers say the device will capture kinetic energy from natural breezes and turn it into electricity.

If the Vortex is successful, we may see these strange post-like devices clustering the landscape, but without the whirling blades. They say these things are silent, less costly to maintain, and safe for migrating birds.

Other new ideas for capturing wind energy include the WhalePower, a blade designed like a whale’s fin that can tilt to capture the best lift in the wind. These generators are more efficient, the blades are less costly, and they don’t stall. But they are still blades. They just look different.

Then there are some odd-appearing wind turbines like the qr5, a device with three twisted blades mounted vertically on turning wheels atop a pole. Its English designers say it captures winds from all directions, is silent, can be mounted in an urban environment and produces from 4,000 to 10,000 kilowatt-hours per year.

Also there is the Windspire, a vertical wind turbine shaped somewhat like a 30-foot tall tube, that spins on a four-foot wide turbine on the bottom. Its developers boast that it operates quietly and generates 2000 kilowatts per hour on 12-mph winds. It also is strong enough to survive winds over 100 miles per hour.

These are just some of the experimental new wind generator systems going on the market. It is clear that the young engineers are not giving up on utilizing wind energy. When the right device comes along that is both enduring and affordable, and small and quiet enough that you can mount it in your back yard without annoying the neighborhood, wind energy combined with a few solar panels on the roof might get us all off the grid once and for all.