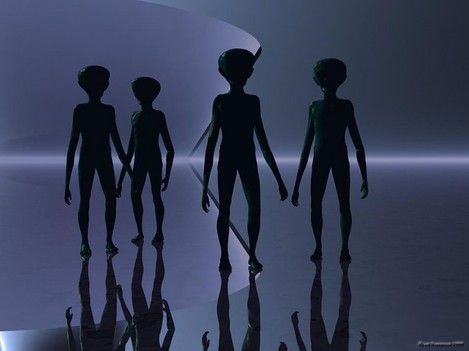 The Search For Extraterrestrial Life

First on the list of Stephen Hawking’s list of concerns is our ongoing attempt to make contact with extraterrestrial life. Hawking, who supports the quest, admits that he is as curious as everybody else about the possibility of our sharing the universe with other intelligent life forms. But he warns about the dangers linked to someday finding it . . . or it finding us.

Hawking expressed his concerns during a 2010 interview for the Discovery Channel: “We don’t know much about aliens, but we know about humans. If you look at history, contact between humans and less intelligent organisms have often been disastrous from their point of view, and encounters between civilizations with advanced versus primitive technologies have gone badly for the less advanced.

“A civilization reading one of our messages could be billions of years ahead of us. If so, they will be vastly more powerful, and may not see us as any more valuable than we see bacteria,” Hawking said.

It doesn’t take the mind of a genius like Hawking’s to understand what might happen to us if a superior alien race suddenly dropped down on this planet. We know how we treated the Native American tribes when we decided to “colonize” the North American continent. We remember how the Nazi’s treated the Jews, the Poles and the Armenians when they swept the European continent. And history reminds us how the Christians, Muslims and other religious cults treated the people they conquered throughout Europe, Asia and Africa.

Do we dare to believe an advanced civilization of extraterrestrial beings that discover our planet will come with messages of peace and good will? Their very purpose in traveling such a distance would be to (a.) find a habitable planet for colonization or (b.) search for valuable minerals and other resources.

Finding a planet like ours, teaming with over 7 billion humans and a wide variety of other life forms, would be an obvious obstacle to such a raider. We would have to be dealt with, and it doesn’t take a rocket scientist to figure out what that would mean.

Indeed, we have overpopulated and over stripped our planet’s resources to a point where we, ourselves, are considering ways to search the stars for alternative places to live. While nobody is saying it, the real “fix” for everything that ails Planet Earth is a mass depopulation and a fierce program of prohibition against mining and drilling for more resources. And we all know that we won’t do that to ourselves. But a cold hearted and superior extraterrestrial race of intelligent creatures, who look down upon us as if we are nothing more important than a hill of ants, might have no problem taking care of business.
​
In spite of these potential dangers, humanity has been involved in a search for proof of intelligent life ever since the first radio transmission was made. Researchers assumed that if we could send signals through the air and receive them elsewhere, then is may be possible for us to receive similar signals from space.

We began building giant antenna systems with advanced listening devices in hopes of picking up radio signals from other worlds. The antennas became more and more advanced as technology improved. There are presently vast fields of antennas and listening equipment involved in a program known as Search for Extraterrestrial Intelligence (SETI).

We also have sent radio signals off into space, and gone so far as to send messages on rockets fired into the cosmos, in the hope that some intelligent being, in some far-away place, will receive it and know of our existence.

In spite of his concerns, Hawking has joined Yuri Milner, a Russian billionaire, plus the SETI Institute, in a new and well-funded effort called Breakthrough Initiatives to expand the search for extraterrestrial life.

With all of the new technology available for transmitting and receiving signals it is impossible to fathom what new devices Breakthrough Initiatives will be utilizing. The old SETI program has expanded over the years to detect signals via a BETA program. That is an acronym for Billion-Channel Extraterrestrial Assay.

With all of those ears turned to the sky, and even newer and more advanced technology on the way, it seems feasible to assume that if intelligent life exists anywhere in space, and it is advanced enough to be sending out radio signals, we are going to find it.