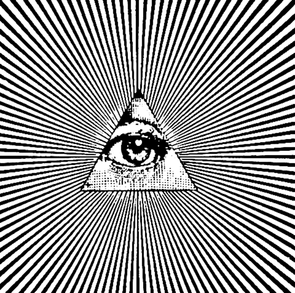 Yes There Is (Or Was) An Illuminati

Conspiracy theorists have long talked about the existence of a secret order called the Illuminati that may, or may not be the shadow government that manipulates the workings of world governments. Yet other people of renown have publicly pooh-pooed the idea that such an organization exists.

In doing some personal research into the life of Albert Pike, an interesting Nineteenth Century personality linked to some secret involvement in American history, I discovered information about his personal friendship with an Italian named Guiseppe Mazzini, who was serving as the head of the Illuminati and seeking to enlist Pike to lead a North American chapter of this ultra-secret organization.

What I found was a strange conspiracy theory that goes like this: Pike and Mazzini got involved with the Rothschild-controlled European banking system that was operating even in their day, and that these characters conspired to draft a top secret master plan for generating three world wars in the Twentieth Century. The wars would be designed to force the collapse of the Roman Catholic Church, quash some rising but conflicting political ideologies and in the end, unite all nations into a one-world government.

There is so much to tell about each of these men, and how they allegedly became involved in this massive entangled global web of conspiracy, that I realized the story had to be presented in parts. Thus we start with a Bavarian philosopher named Adam Weishaupt who founded the Order of the Illuminati in 1776, the same year that a group of North American colonists decided to revolt against the Crown of England.

Weishaupt was raised by his godfather, Johann Adam Freiherr von Ickstatt, a professor of law at the University of Ingolstadt. Ickstatt was a follower of the famed German philosopher Christian Wolff, which saw enlightenment, optimism and worldly realism as the ingredients for human perfection. He influenced the thinking of young Weishaupt. Weishaupt received his formal education at a Jesuit school and later graduated from the University of Ingolstadt with a doctorate of law.

Weishaupt became a professor of canon law. In 1775 he was introduced to the empirical philosophy of Johann Georg Heinrich Feder at the University of Gottingen. Feder and Weishaupt became outspoken supporters of empiricism, which maintains we are dependent upon sense experience in our effort to gain knowledge. They thus stood opposed to the popular philosophy of rationalism taught by Immanuel Kant. Rationalism, which prevails even today, considers significant ways in which independent sensual experience aids in gaining our concepts and knowledge.

The differences between these two philosophies seem too small to be considered important, but they appear to have played a major part in Weishaupt’s decision to found the secret social order that became known as the Illuminati.

During those years there was a sense of revolution spreading across Europe and North America. The Roman Catholic Church and the Crowns of the various nations had controlled thought and the general lifestyle of the masses throughout the years now remembered as the “dark ages.” Now men of renown were beginning to gather in secret social orders to talk about change.

Their groups met in the shadows because to do otherwise would mean arrest, prison and possibly even death. That was the kind of depravity the people were existing under in those years. These men were literally plotting against the crown and the church.

Among the most important of these secret social orders were the Masons. Weishaupt got involved in Freemasonry and used that organization to recruit for his own secret society. His plan was to seek a perfection of human nature and achieve a “communal state” that was free of “government” and organized religion.

Working among the philosophical thinkers floating through the halls of Germany’s universities, however, threw Weishaupt and his colleagues into strange debate with radical thinkers like Kant who attacked the Illuminati as a failed movement even before it organized. While Weishaupt was attempting to launch an expression of the enlightenment movement, Kant argued that to be successful, the members must reach their own level of reason without the guidance of others.

Since the Illuminati was to be a controlled order of members collectively working toward a common goal, Weishaupt’s critics argued that his approach to “illumination constituted a degradation of the Kantian principle of enlightenment.”

Dr. Wolfgang Riedel wrote that because the Order of the Illuminati established strict rules and regulations for membership, “enlightenment takes place here, if it takes place at all, precisely under the direction of another.”

Weishaupt proceeded, obviously undaunted by his intellectual critics, and established his order. It is not known just how large the membership grew, or how active the order became. But it was not long before writings by some of the members were intercepted, interpreted by the church and the crown as seditious, and the Illuminati was banned by the Bavarian government. Weishaupt lost is position as a professor of law at the university and he fled Bavaria.

Weishaupt did a lot of writing before his death in 1830 and some say that was the end of the Illuminati. But Terry Melanson, who has done some serious research on the organization for his website Conspiracy Archive, noted that Weishaupt left behind in Bavaria a student group that carried on his project.

That “Bavarian sect,” Melanson wrote, grew in numbers and its chapters sprang up throughout Europe and even throughout the East. It was first known as the Order of Perfectibilists, but somewhere along the line the name was simplified to Illuminati.

This group, like the Masons, the Rosy Cross and other secret societies, were formed as a way for common men to secretly meet, read and discuss banned literature, and join together to discuss the ideas of freedom and liberty. They were mostly young rebels in those years, anxious to break out of the bonds the Roman Catholic Church and the feudalist governments were laying on the commoners like iron chains.

It has been said that an Illuminati chapter that moved into Paris was actively involved in launching the French revolution.

There is much more of this fascinating story to follow.