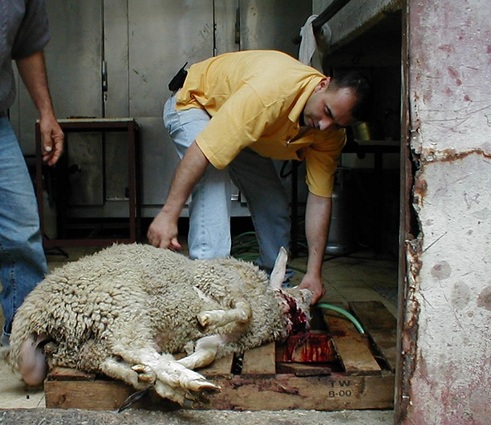 The Jewish celebration of Passover is one of the most important holidays of the year for people of that faith. It occurs every spring, and is intertwined with Easter, the major Christian celebration.

One is a celebration of the death and resurrection of Jesus from the dead. The other is a remembrance of the Tenth Plague in Egypt, God’s murder of all of the first born (non-Jewish) children and animals which allegedly persuaded the Pharaoh to release the Hebrew people from bondage and launch the Exodus, led by Moses.

A writer for Haaretz, the Internet edition of a Jewish publication, once wrote that real proof, that is archaeological evidence, state records and primary sources of  such an event does not exist.

The author wrote: “It is hard to believe that 600,000 families (which would mean about two million people) crossed the entire Sinai without leaving one shard of pottery with Hebrew writing on it. It is remarkable that Egyptian records make no mention of the sudden migration of what would have been nearly a quarter of their population, nor has any evidence been found for any of the expected effects of such an exodus; such as economic downturn or labor shortages.”
​
Strangely, the New Testament claims that Jesus came to Jerusalem where he was crucified because it was the celebration of the Passover. This is why the two bogus religious holidays are so linked.