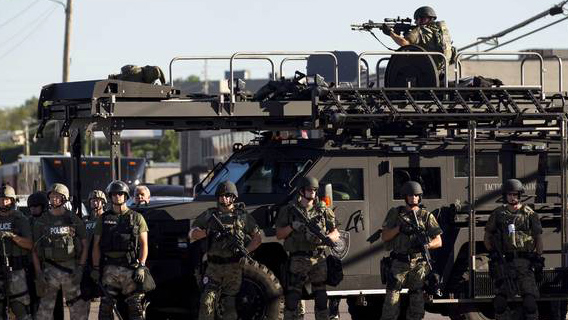 The 9-11 events launched a series of actions that stripped Americans of many of their constitutional rights under the guise of protecting people from additional terrorist attacks.

While former President George W. Bush and his military advisers blamed Osama bin Laden and his al-Qaeda Islamic extremist organization for the attack, conspiracy theorists say there are a lot of reasons why they believe it was really a planned and "inside" attack designed to help tear the guts out of the Bill of Rights and put Americans under the thumb of government suppression.

Within weeks of the attack the first draft of the controversial Patriot Act was overwhelmingly passed by Congress and signed into law on Oct. 26 by President Bush. Most elected members of the House and Senate admitted they never bothered to read the 300-page volume of information written into the act.

The Patriot Act gave the federal government the authority to wiretap, conduct electronic surveillance, pry into private medical records and even open private financial records without a court order.
​
The following month, almost to the day, President Bush created the Department of Homeland Security, combining a lot of already established government offices into one massive complex with over 200,000 employees assigned to respond to terrorist threats and national disasters.

In 2006 President Bush signed the John Warner Defense Authorization Act. This act expanded the president's power to declare martial law through revisions to the Insurrection Act and take command of the National Guard troops without approval by state governors in the event of extreme public disorder.

Also that year Bush signed the United States Military Commissions Act, following a Supreme Court ruling that authorized trial by military commission for violations of the law of war. This appears to have opened the door for U. S. civilians to be tried before military tribunal when charged with acts of terrorism either on foreign or domestic soils.

In 2007 Bush signed the National Security Presidential Directive 51 and the Homeland Security Presidential Directive 20. These documents allow the president to assume dictatorial powers over all government and business activities if he declares that a national catastrophic emergency has occurred. This gives the president this power without Congressional approval or oversight. When Congressman Peter DeFrazio, an Oregon Democrat, and a member of the Homeland Security Committee, attempted to examine a classified portion of the White House plan for operating the government after a terrorist attack, he was denied access.

Since President Barack Obama has taken office, none of the Bush executive orders have been rescinded.

In 2010 President Obama signed his own executive order that created a Council of Governors. This is a body of 10 state governors appointed by the president to help advance the "synchronization and integration of state and federal military activities in the United States."

At about the same time the Department of the Army published the Internment and Resettlement Operations Manual that allows the military to "pacify" political activists on homeland soil and detain them in prison camps inside the United States. The document names the United Nations, Red Cross, FEMA and Homeland Security as partners in this action.

In 2011 Mr. Obama signed a four-year extension of key provisions in the Patriot Act. These allowed for continued wiretaps, searches of business records and surveillance of individuals suspected of terrorist related activities without court order.

Also in 2011 Mr. Obama ordered the assassination of an American citizen, Anwar al-Awlaki and his son for terrorist activities in Yemen. This did not raise much alarm on the home-front, even though it violated an executive order by a previous administration that forbids government ordered assassinations.

On December 31, 2011, Mr. Obama signed The National Defense Authorization Act which gives the president even more dictatorial powers under the guise of protecting homeland security. He now can order the military to assist local police in homeland law enforcement, in conflict with the Posse Comitatus act. It allows for indefinite detention of suspects without due process.

In March of 2012, Obama signed The Federal Restricted Buildings and Grounds Improvement Act. This law makes the trespass of an area under Secret Service protection a felony punishable for up to 10 years in prison. The bill makes public protest a felony on public government grounds and is a violation of the First Amendment.

Also that year Obama issued The National Defense Resources Preparedness Executive Order. This document gives the government the power to seize private property without due process under the direction of the Department of Homeland Security.

An American Civil Liberties Union statement warns: "The Obama administration and its enablers have established, legitimized, and normalized a national security state apparatus that removes any doubt that domestic policing is a prelude to a totalitarian police state."