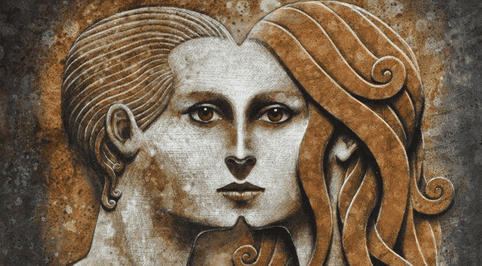 Tearing Down The Veil Of Secrecy

"The unveiling of the company of heaven."

An examination of the second verse in Chapter One of the Book of the Law as penned by Aleister Crowley in 1904, opens an entirely new avenue of study and reflection.

The first line in the book introduces the female and male components of creation, Nuit and Hadit. In the implication of sexual union to bring about creation, it is natural that the second line should be a revealing, or "unveiling" of the work of this creation.

We are thus introduced to "the company of heaven."

In his book The Law Is For All, Crowley saw the "company of heaven" as mankind "and its unveiling is the assertion of the independent godhead of every man and every woman."

But is it more than that? Was Aiwass, the mystery author of the book who dictated the words to Crowley in Cairo, Egypt, really explaining a magical tearing of a veil that has separated and blinded humans from the spiritual world for thousands of years? Could the "company of heaven" be a revealing of all living creatures, not only on the Earth, but above and below?

Since Crowley penned this amazing book there has been a reoccurring phenomenon, namely the sighting of unidentified lights and craft in the sky that has made humans keenly aware of the possibility they are not alone.

As years passed, the sightings intensified and there are now stories of human abductions, cattle mutilations, crop circles and appearances of impossible creatures. The stories have created a cult-like following of people who believe aliens are at least circling our world.

In 2002 a skilled magician, psychic and remote viewer that we knew, devoted several intense months evoking, remote viewing and drawing all 72 spirits of the Goetia. These are the so-called "demons" captured and locked away by King Solomon. To our surprise, all of the spirits turned out to be living beings from other worlds, dimensions or places. Many of them were pictured with their ships in the background.

Indeed, there has been a growing awareness throughout the world that we are not only part of a living universe. Our probes are finding evidence that life may exist, or existed at some distant time in the past on planets in our own solar system. There is a general acceptance that we are not alone in this universe. Some scientists are even speculating that parallel universes exist and that we are surrounded by an abundance of life.

I have had the distinct feeling, especially when examining the records, that the veil Aiwass told of is indeed being torn asunder. Slowly but surely, some humans are "awakening" to an awareness of what they are. And as our eyes are opened, the link we have with the beings that may have created us has been getting more and more visible.

This, then, is my personal version of verse two. It has been a century since Crowley wrote the words. The "unveiling of the company of heaven" is at last being realized.