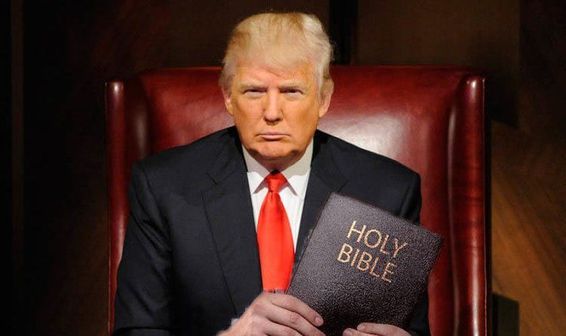 Egads! Trump May Be a Jesuit Robot!

A lot of people all over the world are wondering how a character like Donald Trump could climb to the power of the presidency in the United States. We believe we have discovered the real power behind the throne in this case. It lies at the Vatican.

If you study the series of articles that appear on this website under the title “Jesuits,” you might come to an understanding of just how powerful the Vatican is in the world, especially in the fields of banking and military power.

Pope Francis was seated as the head of the Roman Catholic Church in 2013. He replaced the already sitting Pope Benedict XVI, who is still alive and also living at the Vatican. This is the first time in recorded history that two popes are living on Vatican grounds.

The other odd thing about Pope Francis is that he appears to be the first Jesuit Priest to be seated as head of the church. But he serves under an almost invisible person known as the Superior General, or the Black Pope. He is the Rev. Father Adolfo Nicholas, who wears black robes and rules over the Jesuits. The Jesuits are a shadow government that has been skillfully controlling kingdoms, dictatorships, democracies and even religions throughout Europe and the Americas for centuries.

The Jesuits came into existence back in the early Sixteenth Century. Even then there seemed to have been a master plan to take over the world, but do it in a way that most people would never know who their masters were. It was Superior General Cardinal Francis Borja who devised a plan to open Jesuit and Roman Catholic universities throughout Europe and eventually the United States. A decision was made to also store the gold and silver riches of the world in Switzerland, thus making Switzerland the heart of the world banking system.

After Pope Gregory XIII granted the Jesuits the right to deal in commerce and banking in 1572, the schools and colleges began preparing the brightest minds how to utilize usury rather than brutal conquest to overpower nations.

With all of this knowledge in your head, it should be significant to note that Donald Trump did his undergraduate studies at Fordham University, a Jesuit school operating in New York.

Journalists that have looked into Trump’s educational background found that he was not an exceptional student and only did his lower class work at Fordham. From there, with financial support from his wealthy parents, he switched to an undergraduate degree program offered by Wharton University in Pennsylvania.

The schools Trump attended were somewhat prestigious, but he slipped through with the help of his family connections and then joined the family real estate business. Trump inherited his wealth.

While Trump was only exposed to the Jesuit influence during two years of his college training, it may have been enough to have pulled him into the Jesuit system, which is clearly controlling the finance and military machinery in Europe and the United States. It is clear that something abnormal also was controlling the 2016 presidential elections.
​
We can keep all of this in mind as we watch Trump waddle almost recklessly through the nation’s carefully constructed government, dismantling years of work by past administrations within days of taking power.