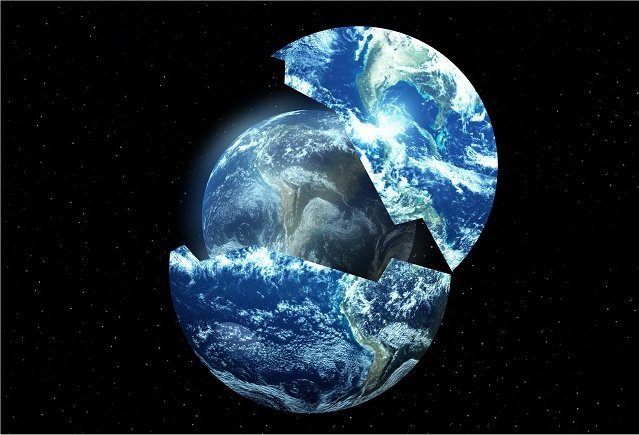 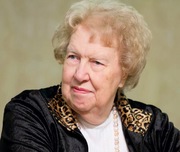 Hypnotherapist and past-life regressionist Dolores Cannon, in a brief appearance in the on-line video “2012,” offers the best explanation we have yet seen of how the Earth may go through the looming ascension as foretold by world visionaries.
​
Cannon asks her audience to envision the Earth as a single cell that divides, just as we observe living cells split while looking at them through a microscope. She said she believes the new planet that emerges will be an almost exact replica of the original Earth at the time of creation. It will be a copy of its original self before humans polluted the land, air and water and took their toll on the planet’s resources.

There will be another difference to the new world. Cannon said it will emerge in the Fifth Dimension and consequently be invisible to anyone left behind on the old one. Only those humans with increased resonance and light and who have prepared for the shift will be going along for the ride on the new Earth. We will not be allowed to bring old karma filled with fear, anger, hatred, jealousy, greed and materialism when we enter this new green world.

There is irony in this event. It is strangely comparable to the “rapture” of the saints as described in the Book of the Revelation. Events will be similar but it will not involve ascension of Christian believers into the clouds to join Jesus. Humans will probably go through some strange and confusing moments, possibly even days of chaotic change before waking up in this new green world.

The line-up of esoteric thinkers and speakers appearing with Cannon on the video presented a case for establishing the date of this event. They predicted December 21, 2012, the date when the Mayan Calendar comes to an end.

This of course was not true. We do not ever advise people to quit their jobs, sell everything they have and go stand on a mountain to await the ascension or this mystical shift into a new earth. If Cannon is correct, only those who have prepared for the change, and gone so far as to shuck off all of the bad karma they have been carrying not only from this life but from past lives, will get to ride over into the new world.

The Abba Father, who delivered a series of instructional and prophetic messages via this web site in the spring of 2010, does not fully agree with Cannon’s assumption that only a select few will ascend. In a message received on January 26 he said: “The Earth must go into a fifth world as the last. All mankind will unite at this time. Others who are not with the Earth will perish or leave.”

In an earlier message received on December 28, the Abba Father said: “All humans alive and ones that are dead will become part of this ascension process so no one can be left behind. All will go through the process of change.”

Are these messages in conflict? If all humans, even the dead are raised up to go into the new Earth, who are the “others” that will perish or leave? The Abba Father says these are aliens who look like humans and live among the humans but are not of this Earth. They are incapable of light and love and are here only to rape and plunder our planet and enslave the humans. They have been the kings and power brokers. They will be separated from the humans and will not be allowed on the new world when it enters the Fifth Dimension.

The Abba Father also agrees with the speakers in the video “2012” that say time appears to be speeding up as the date of the ascension draws closer. What they say is really happening is that time only appears to be rushing because our awareness is becoming more acute. Humans are all being “adjusted” by outside forces so that we all will be prepared for what is about to happen.

Abba Father directs us to “turn on resonance on Earth to become stars. Turn on love inside your mind and heart. Listen to your song. Love is beyond all. Humans are all living matter. They cannot understand the happenings now. A big change comes to Earth.”

The revolutionary events in Egypt and other Middle Eastern countries, and the overthrow of dictatorial governments appears to be a result of a general awakening that is breaking out all over the world. That other world leaders are communicating and expressing great concern is exactly what alien forces might be doing as they see humans starting to awaken from thousands of years of slavery and forced blindness. They are losing their grip on humanity and they know it. They cannot hit back with military force when members of their armies are also waking up so they do not know what to do.

Abba Father says we will be going through a period of chaos and great confusion before the big event. He tells us that “fear will come but worry not. This will not last long. Just trust your mind and stay with the process of change so necessary for the Earth.”

Not only will we experience a speeding up of time, but the “world is strange to many” and people will even be unable to remain standing. Some people will think they are losing their minds. This may account for some of the odd behavior reported in the news these days. Mothers are killing their children. People are walking into crowds with guns blazing. Suicides are on the rise.
​
The Abba Father comforts us with: “Do not worry about death for all are One and will become One and then Earth will be healed. Then new life is generated from the One.”