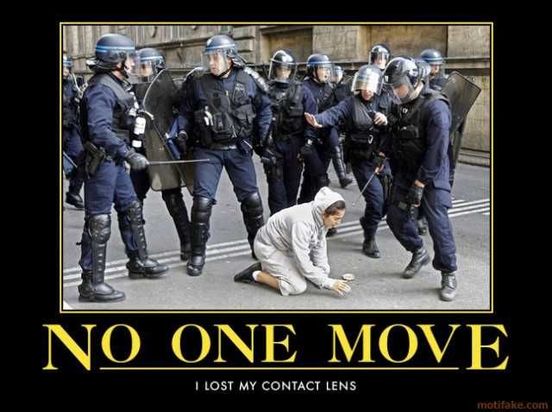 In these times of instant public communication via Internet social media and the popular use of cell phone cameras to record just about everything everywhere, we are shocked by images of people ignoring men and women who have fallen to the sidewalk or along the road. Where are the good Samaritans we ask?

I suppose we can blame the police and the courts for this apparent public indifference. Too many folks have found themselves in jail or facing charges just for daring to talk to police or even photograph them doing something routine like making a traffic stop. Heaven help anyone found bent over the body of a dead or wounded person on a public sidewalk. He or she becomes an instant suspect in whatever happened. The consequences are hours of police questioning, cross-examination and possibly the inconvenience of a court appearance and jail.

In case you haven’t noticed, the neighborhood cop on the beat isn’t the same friendly fellow he was a decade or more ago. That light blue uniform he wore has turned to black, his spit-and-polished shoes have turned into military styled boots, his handgun that was once snapped into a leather holster on his side has become a nine-clip semi-automatic Glock that can be in service almost instantly. Other armament including clubs might also be strapped on his belt. And he has a portable radio connecting him to a police dispatcher operating at his shoulder. And that square brimmed blue hat he once wore has been replaced by a black protective and bullet-proof helmet.

The police officer in neighborhoods all across America now looks like a soldier prepared for war. He no longer looks or acts like the friendly "peacemaker" he used to be. Sadly, the policeman on your street no longer plays this role.

So what happened to cause such a drastic change in such a short amount of time? We think 9-11 had a lot to do with it. That event that stirred the constant government alarms about more looming terrorist attacks, intense police training to deal with possible military-styled assaults in our towns and cities, and the growing number of public shootings by weak-minded citizens who have responded, like the police, to this constant state of fear in their own insane way, has changed the civil climate in America possibly forever.

This is why people look straight ahead and step around a man fallen to the sidewalk, and drive by when they see a person signaling for help along the road. Telecommunications equipment has become so advanced that even a 911 call to summon help can usually be traced to the owner of the cell phone who dared to make the call. Once you get involved in any way, you are involved sometimes deeper than you might have imagined.

Just summoning the police for help can sometimes have deadly consequences. Police in Charlotte, North Carolina recently shot and killed a 24-year-old man who was running toward them when they drove up. It turned out that the man they shot had wrecked his car and was seeking help when he was gunned down. The officers said they were in the neighborhood answering a report of a possible burglary in progress.

Police in Waycross, Georgia, recently answered a call for a medical emergency involving a diabetic man who was not responding correctly to his medication. As officers entered the home, the man got to his feet and began walking toward them. At that point the police shot him dead while the family looked in in horror.

We find numerous news reports all over the country where police have used their electronic shock weapons, or tasers, on deaf or retarded people for "failing to follow orders."

A story in the Washington Blog website suggested that "our police forces have become so insanely militarized and the fear of terror has become so widely overblown that many law enforcement personnel have become hair-trigger tense."
​
The writer of the story, which appeared without a by-line, added this: "We’re not trying to paint with a broad brush; most law enforcement personnel are good folks just trying to do their job. And police are human too . . . sometimes they get scared and overreact. But it’s not the same ole Any Griffith show type demeanor among law enforcement today. So it’s best to be careful."
​