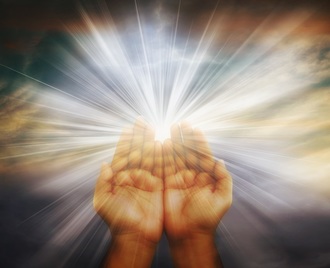 Turning On Our Inner Light

"This little light of mine, I’m going to let it shine!"

This little verse is probably known to every child and adult in America, and possibly the world. It is taught to children in camps, religious events and possibly even by parents. The problem is, few humans practice what the song declares.

Consequently we live in a very dark environment. It may not appear dark to us when we are basking in the light of a warm summer day, but the darkness is subtle; it lies within the heart of most humans walking this planet. While we know the words to that simple song my heart, we have never learned to turn on our light and let it influence our thoughts and actions, and reflect upon all around us.

We have all met or perhaps even personally known certain people who seem to have a magnetism that draws others to them. They are friendly, outgoing and generous. They are people we like to be with because they radiate a sense of warmth and well-being that awakens similar feelings within us. There is literally a glow being emitted from their bodies that you may not physically see, but your subconscious can see it. If you train yourself you can physically see this light. It is called an aura.

All things on Earth radiate an aura. This is because all things, even rocks, are comprised of atoms that are filled with energy. When you learn to see auras you notice that you not only can see the light around people, but it radiates from the animals, trees, potted plants and the earth. There is a difference about the human aura, however. It radiates in various hues, or colors. Some are pale green, others blue and some are even have a reddish tone. When people have their inner light turned on, that aura shines bright and it sends spears of light, or rays, far out from the body. When people are sick, depressed, or angry, their auras appear dark if they can be seen at all.

Among the messages constantly received from The Abba Father, has been a call for humanity to turn on its light. He once said that "humans contain so much light they are capable of becoming gods. But the light is dimming from not knowing who they are and being told they mean nothing."

Indeed, when examined through an electronic microscope, the human cell clearly emits a light from within its core. The cells literally glow.

The Abba Father’s instructions for turning on our inner light have been published on this web site for months. It is a simple formula that calls for using the power of our mind, or mere thought, to wake up just a single cell, making it glow brighter and brighter. All of the cells in our body are in constant communication with one another. They have a strange way of knowing what is going on in the body. As soon as the light of a single "mother cell" gets switched on, all of the other cells begin to glow as well. This is why a person radiating light has such a positive effect on the people nearby. The light awakens the cells in their bodies. Thus the happiness spreads rapidly through the room.

The problem is that we must learn to work at keeping our inner light glowing. If we don’t, the light within our cells fades back to dim and we find ourselves in the same old rut.
His instructions for lighting the cells were dramatic. He said: "Feel every cell communicating together. Raise the light now like a flame, (with) sparks glowing. Keep this resonance in your head, using sparks glowing evermore. Do this quickly. Turn on. Turn on. Lights glowing forever. Keep this momentum, feeling the glow."

He called this the "ultimate flame." Another description is love. "Continue to turn on the light until you feel the warmth within. Now feel the sparks at your fingertips. They are felt there, tingling. You are now turned on to your light source, never to be turned off. Keep this flowing every day."

If enough people would follow these simple instructions, taking a few moments to turn on their cellular light each morning even before getting out of bed, it could bring dramatic changes to this sorry world. Not only will we have a brighter day, but our light will have an effect on everyone we come in contact with. Light and love will follow us where ever we walk.

The Abba Father says everyone can do this. He warns that there are forces that do not want humans to experience this light because it gives them power over the forces that seek to control us. He said "mankind has become dim and is not thinking right. Many want this light to go out. So quickly turn on; turn on. There will be a mind resistance to this procedure but a warning is given to proceed no matter what the circumstance."
​
He also said that once we have the light switched on, "mankind’s work is still not over. Now with light, work is just beginning. Reality is seen to the fullest. All will see the folly of our minds and the wasteful energy of hate."