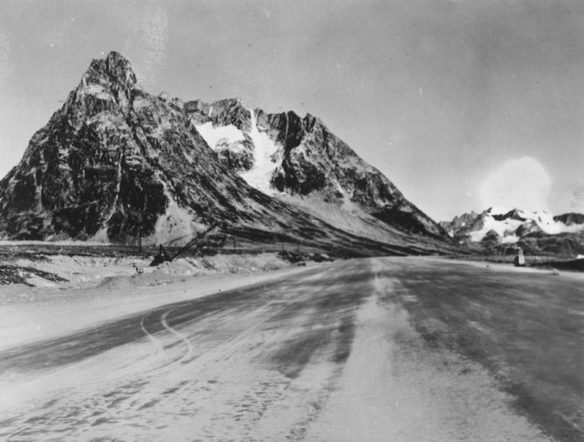 When I was in high school a new science teacher, David Shave, came into my life. We didn’t know much about him except that because of a shortage of science teachers that year, he reportedly got a special deferment from a military station at Thule Greenland to fill the gap for that season.

Dave turned out to be a great teacher, loved and respected by all of his students, but he could not stay. He went on to University of Michigan where he planned on getting a doctorate.

He laughed when we asked about Thule. It was a special joke between Dave and his class. He didn’t tell us anything about what he was doing in Greenland except that it was a cold, miserable place and he couldn’t wait to get away from there. I suspect he pulled every string he could to acquire that deferment.

Now the mystery about what Dave might have been doing at Thule is beginning to unravel. And it is clearly understandable why he wanted to get away from that place. They were tinkering with nuclear weaponry.

A paper recently published in the journal Geophysical Research Letters has revealed that the base at Thule was called Camp Century. It existed during the height of the Cold War then after decommissioning in 1966, everything was left buried deep in the ice.

That was where the base was constructed. It was always under the ice. Thule is a place located on the northern fringes of Greenland, not far from the Arctic Circle. It always snowed there. It may still be snowing. But now that the earth is warming, the ice caps are melting. And secret U.S. bases like Camp Century, left buried “forever” in ice that was never supposed to melt away, are now in danger of being exposed.

The published study predicts another 75 years before the ice at Thule has melted away. But new research reveals that the meltdown is occurring much faster than anybody expected.

From what we can learn, Dave Shave was apparently involved in the construction of the base. He left the site before it began operations. The base was apparently one of several in the northern Arctic wilderness constructed for secret “scientific research” and testing a network of nuclear launch sites. The project’s code name was “Iceworm.”

It was learned that whatever the base was supposed to be used for, the constant shifting of the ice prevented it from happening. So they shut down the camp, removed a nuclear reactor that was operating there, and moved out leaving tons of toxic waste buried in the ice.

The authors of the study estimate that Camp Century left behind about 9,200 tons of physical waste plus 20,000 liters of chemical waste and base fuel. It is unknown how much of that waste is radioactive.

Researchers say the ice sheets at Greenland are melting away at an alarming rate of about 8,000 tons per second. Eventually it is going to reach the waste left behind at Thule. That is when seepage of a lot more radioactive biological and chemical waste will create yet another environmental disaster in the North Atlantic.

There is a question as to the responsibility for attempting to clean up that mess, since the United States was operating under a treaty with Denmark, which was the motherland of Greenland at the time. Today Greenland is an independent country. It also is assumed that Denmark had no knowledge of what our military was doing at Thule in those years.
​
Thus we are left with a sick feeling that nothing is going to be done to stave off this looming new ecological time bomb caused by centuries of blind experimentation with nuclear energy.