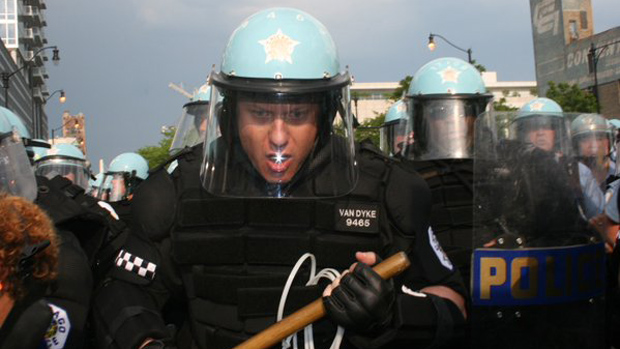 Silly me. I went for years believing in the old police motto “To Serve and Protect.” That is probably because those words were written on the sides of squad cars and sometimes in police stations.

For years I think most police officers even thought that was their job.

The U.S. Supreme Court ruled, however, back in 2005 that the police do NOT have a constitutional duty to protect anybody. That split-vote decision, with an opinion written by the late Justice Antonia Scalia, overturned a ruling by a Colorado federal appeals court that permitted a lawsuit against police in Castle Rock, Colorado, for failing to answer a woman’s plea for help. As a consequence, the woman’s estranged husband kidnapped their three young children and killed them.

The case involved Jessica Gonzales, who had a court order allegedly protecting her from her estranged husband, Simon Gonzales. Gonzales disobeyed that order on June 22, 1999, and failed to stay 100 yards away from the house. He snatched the couple’s three children, ages 7, 9 and 10, who were playing in the yard. He later called Jessica and told her he had the girls at a location in Denver.

She called the police but they failed to respond. Hours later Gonzales appeared at the police station with the bodies of the girls in the back of his truck. When he fired a gun the police shot and killed him.

Jessica Gonzales and her legal counsel filed a suit in federal district court in Denver charging that the police violated her enforceable right to protection. Lawyers argued and won their argument in the lower court that the judicial order gave her “property interest” based upon the guarantee of due process as outlined in the Fourteenth Amendment.

When the case was brought before the Supreme Court, however, Justice Scalia and four other judges reversed the lower court ruling. Scalia wrote that Ms. Gonzales did not have a “property interest” in demanding that police enforce the restraining order. He said “such a right would not resemble any traditional conception of property.”

Even though the protective order could mandate an arrest, Scalia argued that “a well-established tradition of police discretion has long coexisted with apparently mandatory arrest statues.”

In other words, according to Scalia and the other judges riding along with him, police had a right to use discretion, and decide for themselves if the Gonzales family needed protection. That the family was obviously of Latin American descent appears to have escaped everybody’s attention in this matter.

A dissenting opinion by Justices John Paul Stevens and Ruth Bader Ginsburg stated that “it is clear that the elimination of police discretion was integral to Colorado and its fellow states’ solution to the problem of under-enforcement in domestic violence cases. The court fails to come to terms with the wave of domestic violence statues that provides the critical context for understanding Colorado’s law.”

No matter how the judges use legalese to twist their ruling one thing now seems frighteningly clear. If the high court fails to find the police at fault for not answering a call by this woman to protect her family from obvious harm, then the police no longer have a commitment to protect anybody.

This leaves only one possible reason for the existence of police in the United States. This is to simply enforce law. While many officers may still work to protect the citizenry because of personal moral commitments, they may no longer boast a constitutional role of protecting and serving the community.