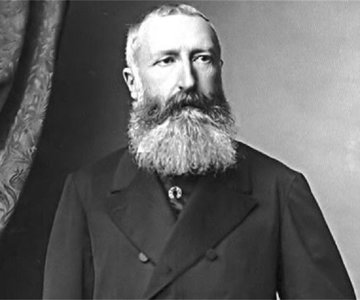 During his bloody reign as King of Belgian, between 1865 and his death 44 years later, King Leopold II literally purchased the Congo then ruled the Congolese with an iron fist, becoming among the richest men in the world by forcing the harvest of ivory and rubber.

Leopold used the noted explorer Henry Morton Stanley to help him become the sole owner of what was known as the Congo Free State. Like the European traders who "bought" territories from the Native Americans for trinkets, the Congolese tribal chiefs, equally illiterate, unwittingly sold their territory and tribe members into a lifetime of slavery for pieces of cloth.

Disguising his enterprise under the terms "philanthropic" and "scientific" under the banner of the International African Society, Leopold used the Belgian army to force his enslaved labor to harvest the rubber and slaughter elephants for ivory used to build his personal fortune. His soldiers executed, tortured and mutilated the natives who rebelled, thus turning them into slave laborers.

He ruled the Congo for 23 long years, from 1885 to 1908. During that time it was said that Leopold’s men massacred 10 million Africans. The soldiers cut off their hands and genitals, flogged them to death, starved them, held their children for ransom and burned their villages.

Leopold, who ironically never personally set foot in the Congo while all of this was going on, had his soldiers accomplish these shameful acts under the guise of missionary work and the westernization of the African people.

Reports of human rights abuses began leaking out of the Congo region and this became a major scandal at about the beginning of the Twentieth Century. By 1908 King Leopold was forced by the Belgian government to turn the control of the colony over to the civil administration.

The Congo won its independence from Belgium in 1960, but the corruption in high places seemed to plague the nation even then. Patrice Lumumba, who was the first democratically elected president, was overthrown ten weeks later in a coup headed by General Mobutu Sese Seko. Mobuto was accused of looting an estimated $4 billion from government coffers before he was ousted by rebel leader Laurent Kabila. Then Kabila was assassinated in 2001. A civil war followed after which Kabila’s son, Joseph Kabila, became the president in 2006.
​
Belgium’s King Leopold died in 1909 at the age of 74.