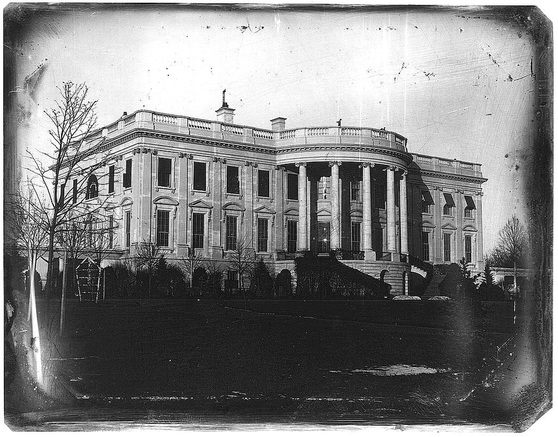 Ghosts In The White House

As buildings age they seem to pick up the spirits of the now dead people who once occupied them. This is especially true about historic homes. The White House in Washington, D.C. is no exception.

It is said that the ghosts of Abraham Lincoln, Lincoln’s 11-year-old son Willie, Andrew Jackson, and former First Ladies Dolley Madison and Abigail Adams are among a host of spirits that haunt the halls and rooms of that two-century-old mansion.

President John Adams and his wife, Abigail, were the first occupants of the White House, which was completed in 1800 during the Adams presidency. It was said that the area where the White House stands was undeveloped and swampy so Abigail used to hang her laundry in the East Room on the second floor. That was because it received more sun and was consequently the driest room in the building. Her ghost has been spotted over the years, dressed in a cap and lace shawl, her arms outstretched as if carrying her laundry and heading for the East Room.

Dolley Madison made one dramatic appearance. She planted the famous White House rose garden while she and her husband, President James Madison lived there between 1809 and 1817. When President Woodrow Wilson was in office about a century later, First Lady Ellen Wilson decided to have the rose garden removed. But when workers prepared to begin the task of digging up the garden, Dolley Madison’s ghost appeared. She refused to let the workers dig up her roses and the project was abandoned. After that the distinct smell of roses occasionally permeates the White House as if to remind everybody that Dolley is still around, keeping watch over her garden.

They say President Andrew Jackson is still haunting the Rose Bedroom where he slept during his term in office. White House workers and guests, including First Lady Mary Todd Lincoln all claimed to have heard Jackson in that room. They say he is either laughing or swearing.

The most active ghost in the building has been Abraham Lincoln. The most famous sighting occurred when Winston Churchill was a guest at the White House. Churchill had just finished a bath and walked naked into the bedroom where he came face to face with Lincoln. As the story is told, Churchill politely greeted the Lincoln spirit: “Good evening Mr. President. You seem to have me at a disadvantage.” At that, he said Lincoln smiled and then disappeared. While Churchill appeared to have handled the confrontation well, they said he refused to sleep in that particular bedroom afterwards.

At another time, in 1942 when Queen Wilhelmina of the Netherlands was staying in one of the White House bedrooms, she answered a knock at her door and found Lincoln standing there in his long coat and top hat. She fainted.

Another Lincoln sighting occurred when First Lady Grace Coolidge entered the Oval Office and found Lincoln standing at a window, looking across the Potomac.

Eleanor Roosevelt’s Secretary Mary Eben walked in the Lincoln Bedroom and found Lincoln sitting on the edge of the bed putting on his boots. She ran screaming from the room.

Numerous other staff members claim to have seen Lincoln as well.

The ghost of Lincoln’s 11-year-old son Willie, who died of typhoid fever in 1862, also has been observed. President Lyndon Johnson’s daughter Lynda claims that she met Willie’s ghost while she was staying in the room where the child died. She says she actually talked with Willie during the engagement.
​
President Harry Truman, who had unique ways of summing things up in simple down-home terms, once said the White House was “haunted sure as shootin’.”