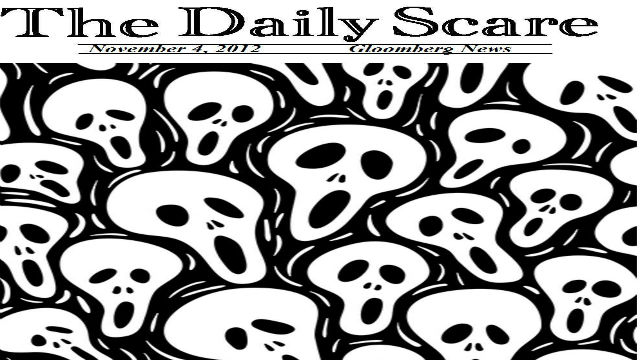 Setting the political chaos aside, a look at real news events of a single day . . . we have picked May 31, 2016 . . . seems to describe a most troubled society that is having a hard time coping. Surely the news of that single day was most appalling; and if we think about it, each event may have world changing implications.

Other than the single war story, not one of the reported events involved the firing of a gun.
Here are the big stories for that one particular day:

A measles outbreak in Arizona was detected at a federal detention center for immigrants in Pinal County. The virus was spreading first among the detainees and then among staffers, who, incidentally, had been vaccinated against measles. This story strongly suggests that critics of measles vaccinations have been right; the vaccines are not only worthless but they may well be exposing people to toxins and maybe even making them sick. How did the center deal with the problem? Of course they vaccinated everybody in the place.

An editorial commentary that day asked readers to “imagine what a Trump Presidency and a Christie attorney general might do to marijuana laws.” Indeed, while more and more states are voting to legalize marijuana not only for medical use but for entertainment purposes, a Trump presidency might throw some obstacles into the ongoing movement. While Trump has recently softened his position on marijuana, saying that he would allow states to practice the sale of marijuana for medical purposes, Mr. Christie, who has been close to Trump and has already been named to head Trump's "transition team" if he gets the top job, is likely being considered for an administrative position, stands strictly opposed. “Marijuana is against the law in the states and it should be enforced in all 50 states,” he warned during an appearance on Fox News.

We found a special report based upon the corporate bullying and eventual firing of workers for Burger King. The workers were involved in organized labor activities to seek pay increases. The report noted how the media pays attention to the bullying of vulnerable children in schools but seems to be ignoring the same kind of corporate bullying of workers that are considered “troublemakers” on the job. The story said employers all over the country are using corporate threats, intimidation and retaliation to frighten workers and keep them under suppression. The report found this to be a “profound failure of the psychological paradigm that views bullying only as a ‘kid thing’ in schools. Such scholars are blind to the adult and institutionalized bullying that is endemic to our economic system." In other words, under capitalism, rich employers are getting away with bullying the poor. With scores of potential workers lined up at the door, they are getting away with treating workers like slaves.

There was a question by writer Andrew Bacevich for Tom Dispatch, in response to President Barack Obama’s announcement that the killing of Taliban leader Mullah Akhtar Muhammad Mansour by a U.S. drone strike in Pakistan marks “an important milestone.” And to this Bacevich asked: “a milestone to what?” In his editorial commentary Bacevich notes that Mr. Obama promised early in his administration that the long wars in Iraq and Afghanistan, started by the Bush Administration, were finally coming to a “responsible end. We were finding a way out of Washington’s dead-end conflicts in the Greater Middle East.” But alas, he wrote that the wars Obama inherited from George W. Bush now continue to rage and it is clear that this president will be passing them on to the next president to deal with. And to make it all worse, Bacevich noted that the Obama legacy is “one of ever-deepening U.S. military involvement in Libya, Somalia, Yemen and several other African nations. We have on our hands an unending war that we cannot seem to escape from. And it is bankrupting our nation.

It seems that high US government officials are collaborating with Big Pharma to keep the price of certain life-saving drugs excessively high. This became apparent when the Obama Administration was accused by the Colombian government of refusing to respond to that government's efforts to develop a lower priced generic version of the new cancer drug imatinib. This drug is now produced by Novartis under the brand name Glivec. Imatinib is apparently found effective in treating cancers of the blood like leukemia. It is listed as an essential medicine by the World Health Organization, but in Colombia it sells for an annual cost of $15,161. This is twice the gross national income per capita in Colombia so this important drug is too costly for people in Colombia to have this life-saving treatment. According to this news report, Senate Finance Committee International Trade Counsel Everett Eissenstat warned the Colombian Ministry of Health that if efforts to force the production of a competitive generic version of the drug were not stopped a promised $450 million in aid for peace efforts would be in jeopardy. "It appears that the U.S. government may have sought to intimidate a country that is trying to protect its people's health," the report concluded.

A report noted that a new poll taken at the conclusion of this year's presidential primary elections reveals that many U.S. voters have been left "feeling helpless and alienated from their political parties." The survey conducted by the Associated Press-NORC Center for Public Affairs Research reported that 90 percent of the voters lack confidence in the nation's political system. About 40 percent of them believe the two-party system is "seriously broken." Most voters on both sides of the isle are expressing "historic dislike for the two leading candidates, GOP nominee Donald Trump and Democratic front-runner Hillary Clinton."

At least 700 refugees from the violence and poverty occurring in North Africa were reportedly drowned when their frail boats sank in the Mediterranean. Authorities said it was the worst week yet among the ongoing reports of shipwreck and loss of life from a mass exodus that has been going on for months. Rescue teams described shocking scenes as they trolled the waters searching for bodies and possible survivors. There were so many bodies in the water that fish nets were being used to collect them. A news report stated that migrants are being constantly smuggled between Libya and Italy. Many of the refugees are escaping dictatorships, wars and poverty in Eritrea, Nigeria, Somalia and South Sudan. Many of the victims also have been lost while fleeing from Syria.
​
Finally, it was reported that the first baby born in the continental U.S. with microcephaly, caused by the mosquito-borne Zika disease, was reported in a New Jersey hospital. The mother is a native of Honduras. The baby was born with an unusually small head. It is also suffering from intestinal and visual issues, hospital officials said. Zika is a new disease that causes flu like symptoms in adults. It attacks unborn babies still in the mother's womb. Zika spread through South America and only recently began migrating north with a special breed of mosquito now being found in the Southern United States. This pest appears to be migrating north as the planet warms.