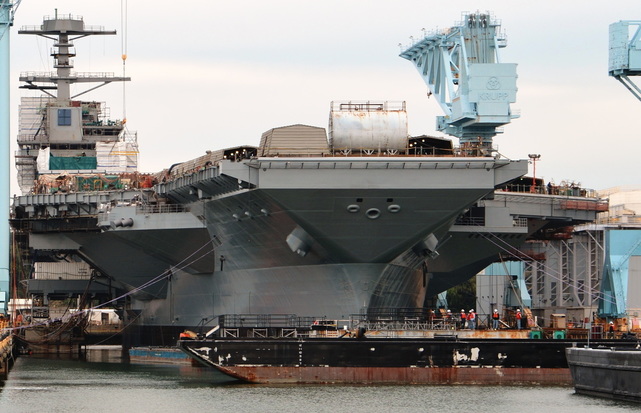 The days when the United States was the world’s top producer of things like automobiles, brilliant engineers, architects, inventors and scientists, schools of education and the production of farm products appears to be over. Those things have all moved overseas to other nations. America’s big business today is war.

Sottile wrote that a recent report on the global arms trade by the Stockholm International Peace Research Institute stated that the United States maintains “a commanding 33 percent share of total arms exports and is the world’s top seller for five years running.”The report also said the U.S. “customer base includes at least 96 countries, which is nearly half of the world’s nations. A robust 40 percent of those exports end up in the Middle East.”

Statistics like this help explain why the Bush Administration was so quick to launch unprovoked wars in Afghanistan and Iraq, why the Obama Administration is failing to keep his promises about shutting down those wars and bringing our troops home, and why the U.S. is now involved in the Syrian civil war and extending drone attacks against alleged terrorist cells into Yemen. We also have been seeing sabre rattling in our relations with Iran for years.

As we learned during World War II, the Korean War and Vietnam Conflict, there is big money to be made in war. The Industrial Military Complex, which was born out of the Second World War, has been growing ever since. It now demands 57 percent of the nation’s “discretionary” budget, or $598.5 billion. This includes spending for war, nuclear weapons, and other Pentagon-related costs.

But this figure is not all of the money spent by our government on war. Because of constitutional limitations the concept of discretionary spending was invented to help make the total U.S. budget numbers confusing and our lawmakers able to conceal other super spending. While so-called “budget experts” claim that the Department of Defense spending is actually shrinking, we hear reports of lost “billions” of money during warfare operations. Then there is that shocking announcement by former Secretary of Defense Donald Rumsfeld that $2.3 trillion in defense money went missing in 2001.
​
The Rumsfeld announcement was made the day before 9-11 and for a while the nation forgot about it. Since the 9-11 conspiracy theorists have picked up on this lost money story the debunkers have attacked the Rumsfeld report. Do we believe it or not? When we see $12.8 billion spent on a new aircraft carrier and $337 million for a single Navy F-35C fighter jet and we start to get a picture of colossal waste (and profits) it seems possible that money like that is not only being spent, but can be stolen.

That discretionary spending figure does not seem to include all of the money spent on Homeland Security, the Veterans Administration, medical costs for injured military veterans and other unseen expenses. And then there are the so-called “black budget” operations by the CIA and hired mercenary forces that the Pentagon is using to participate in the ongoing wars.

Sottile’s extensive report makes a few other interesting observations. He wrote: “the dynamic market churns onward – with tax dollars paying the salaries of State Department ‘Commercial Officers’ who work for the heavily-subsidized US defense industry as salespeople in overseas markets destabilized by taxpayer-funded wars fought by taxpayer-supported American soldiers armed with weaponry purchased from that self-same defense industry with – you guessed it – more tax dollars.”

Sottile pointed out that much of our money also is spent on “aid” that goes into the coffers of big war-related corporations like Lockheed, Boeing and Raytheon.
“Once the money makes it back home to the defense industry, those companies invest some of their windfalls into lobbying, into SuperPACS, into both political parties and directly into campaigns of the Congressional cronies who dutifully rubberstamp the defense budget that enriches the defense industry.”

Sottile estimates that over $17 million has been spent so far this year by lobbyists on behalf of the war industry.
​
All of this appears to fit perfectly into the Jesuit international plan for a one-world government. While the City of London holds control on the world banks, Washington D.C. is the heart of the world’s military might, and the Vatican, which claims to be the spiritual center, controls everything. We are no more than pawns in the overall scheme of things.