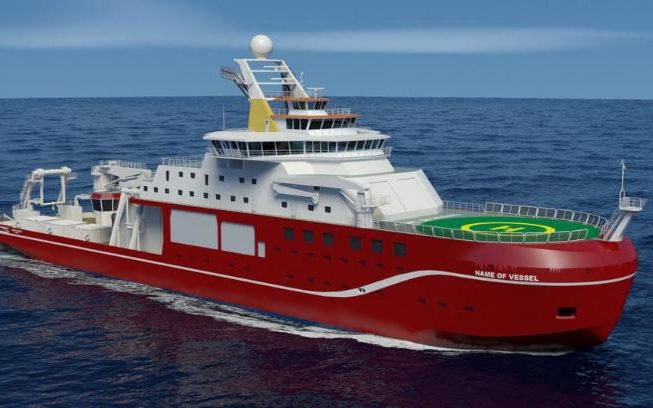 A Looming Era of Automated Ships

I must down to the seas again, to the lonely sea and the sky,
And all I ask is a tall ship and a star to steer her by

English poet John Masefield’s memorable lines depict a haunting calling of sailors to the great ships that have sailed the oceans for centuries. Men who love ships and feel this call may be saddened by news that the time of men standing watch at the wheel of these great beasts of the high seas may soon be replaced by automated ships. We are referring to ships that are completely automated with captains manning them from land-based computers from the other side of the world.

Indeed, if they can perfect driver-less cars that operate safely and successfully on busy highways, and pilot-less aircraft that carry bombs and cargo, how can we not expect the same computerized technology to be applied to the operation of ships?

Mikael Makinen, president of the Rolls-Royce marine unit, Norway, said the changes going on in the oil market and world trade is forcing shipping companies to consider ways to cut the costs of operating their vessels on the world seas. Thus the company is busy designing and developing a new breed of ships that will cut the cost of operating. And every business owner knows that the primary overhead is always the cost of labor.

Makinen said in a recent interview with the UK Telegraph that ship owners will be looking at new ships that offer “the best lifetime earnings, not the very best ship. They see them as investments, not fantastic ships.

“That means the earnings model is very different. They are more interested in lifetime support package, reducing crew, doing things that have not happened in the industry before,” Makinen said.

The new ships are already losing their traditional sleek lines that once graced the high seas. They are giant box-shaped machines capable of carrying massive cargo, whether it is merchandise or humans. They look like skyscrapers as they pass.
​
Rolls-Royce is developing important new technology like “dynamic positioning” controls that manage thrusters placed around the hull that allows the ship to “hover” on the spot beside a rig even in heavy seas and propellers driven by magnets that cuts the number of moving parts.

Oskar Levander, head of innovation at the company’s marine unit, believes drone ships that are operational without a crew and controlled from land bases may be available as early as 2020. He believes such vessels will revolutionize shipping. But it will put a lot of sailors out of work.

“Crew are one of the biggest costs in shipping, equal to fuel,” Levander said. Thus a computer that can operate a ship will not only cutting costs of labor, but operating ships with more efficiency, thus reducing fuel costs.

Another plus about drone ships; they may solve the growing problem of pirates on the high seas. Levander said ships that are remotely controlled can be shut down the moments pirates board them. Consequently they cannot be stolen and there is no crew to be taken hostage.

There is a strange new world lying just ahead of us as all world vehicles switch to fuel and labor efficiency, and people and merchandise moves about in driver-less machines. If done correctly we may see an era when human error is almost non-existent; when cars, trains, ships and planes don’t run into each other or crash. People can move about from city to city at high speed and traffic jams on busy highways will be a thing of the past.
​
The one factor we question about pilot-less ships; what happens when violent storms develop? Experienced sailors always sense the storms, and know how to deal with them when they fail to get out of the way. With high-tech satellites watching every corner of the world, however, we suspect the skippers of such vessels, if they know their business, will manage to steer clear of the storms as they keep an eye on the sky from their ivory towers.
​
The Uber automobile appears to have been the start of something very important. Makinen said he believes we may soon “see ships as the Uber of the seas.”