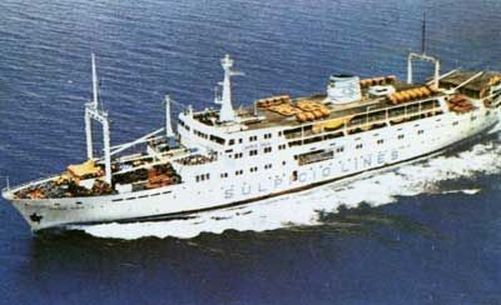 American and European marine researchers like to point to the mass death tolls surrounding the Titanic, Sultana, Empress of Ireland, Mount Blanc and General Slocum disasters as among the worst marine disasters. But a collision and fire that destroyed and sank the Philippine ferry Dona Paz in Tablas Strait on December 20, 1987, appears to be the granddaddy of all disasters at sea. It is overshadowed only by the wartime ship sinkings that were deliberately committed as acts of war.

The Titanic, Sultana and Mount Blanc disasters claimed over 1,500 victims, each. The official passenger manifest of the Sulpicio Lines ferry recorded 1,583 passengers and 58 crew members. But survivors and researchers later said the vessel was packed with extra passengers who bought tickets illegally at a cheaper price and were not listed. They said the death toll might well have been over 4,000, but this number cannot be proven.

After that manifest was published, it was learned that another 675 persons boarded the ferry in Tacloban City, and another 908 came on board in Catbalogan. Also children under four years of age were not counted.

Details of the crash were almost impossible to get because there were only 26 survivors, and all but two were ferry passengers. Two crew members of the gasoline tanker Vector also were pulled from the sea alive some 16 hours after the collision.

What is known is that both ships were being operated in violation of national marine safety standards. The Dona Paz was excessively overcrowded and the bridge was undermanned while the crew of the Vector was found under qualified and the ship’s license had expired.

The Dona Paz sailed on December 20 from Tacloban City, Leyte, for Manila, with a stop at Catbalogan City, Samar. It was expected to arrive the following afternoon. The last radio contact was made at around 8 p.m. that night. Survivors said the night was clear but the sea was choppy. Passengers were packed on decks and corridors, sleeping where ever they could find space.

In the meantime, the tanker Vector was sailing from Bataan to Masbate with 8,800 barrels of gasoline and other petroleum products for the Caltex Philippines. The two ships collided at 2:23 p.m., Philippine Standard Time, in the Tablas Strait, off Marinduque.

The crash ignited the Vector’s cargo and the hot fire quickly spread to the Dona Paz. The survivors said there was a crash followed by an explosion and that there was mass panic on the ferry. Survivor Paquito Osabel said the sea itself was burning.

They said the lights failed almost immediately on the ferry, the ship’s crew members were not giving any orders and they discovered the lockers where the life jackets were stored were locked, all of which added to the confusion and terrible loss of life. Those who survived were forced to jump into the burning sea and swim among charred bodies in shark-infested waters.

Apparently neither ship sent out radio distress calls. The disaster was not known in Manila until eight hours later, when the ferry failed to arrive on schedule and search and rescue operations were launched. By the time they were found the survivors had miraculously remained alive for some 16 hours in the open sea. Most of them suffered burns.

The Philippine Coast Guard found in its investigation that only one apprentice member of the ferry’s crew was monitoring the bridge at the time of the collision. The other officers, including the captain, were either drinking beer or watching television. Nevertheless, the Philippine Supreme Court ruled that it was the crew of the Vector that was responsible for the crash and the owners were liable to indemnify the victim’s families. It was found that the Vector was operating without a license or qualified master, and the crew had not stationed a lookout.

Caltex Philippines, which chartered the Vector, was cleared of financial liability.
​
The 2,600-ton ferry was built at Hiroshima, Japan, in 1963 and originally operated in Japanese waters under the name Himeyuri Maru. It was sold to Sulpicio Lines and given its new name in 1975.