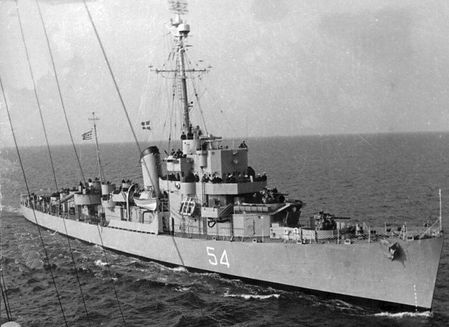 Dan Rattiner, a respected New England journalist has written an interesting challenge to one of the best known American conspiracy theories, the Philadelphia Experiment. Rattiner claims that he was a child during the war years, growing up in and around Montauk Point, where the alleged top-secret military Montauk Project allegedly went on.

On his website, Dan’s Papers, Rattiner recently wrote: “My dad bought the White’s Drug Store in Montauk in 1956. I was 16 years old then. Out in the woods at that time there was still the Army and Air Force base. I’d gone out there, let through the gates by the guards to deliver prescriptions for my dad. I went there several times to go to parties being held in the Air Force rec hall by some of the young officers who invited me.”

After the base closed in 1961 Rattiner said he and his friends would sneak into the grounds and “poke around” the military equipment that was left behind. He wrote that “the military had just walked off. Nothing of the sort described by the authors in the Montauk Project ever took place there that I ever saw.”

The book Rattiner refers to was the first of a series of successful books by Preston T. Nichols and Peter Moon telling of secret military experiments involving top scientists, including Nikolai Tesla, who were attempting to find a way to cloak ships at sea and make them invisible to the enemy.

According to the books, the experiments at the Montauk base created all kinds of odd and unexplained occurrences in the area. Then they wrote about a strange disappearance of the destroyer, USS Eldridge, which went temporarily missing with its entire crew off Sandy Hook. Only parts of the ship reappeared in Philadelphia, the vessel’s destination. And bodies of 126 dead crew members were found all over the ship. According to the book, some of the bodies were embedded in the steel walls of the ship. The incident was written off as a failed experiment in time travel.

The Philadelphia Experiment has remained a popular fable among conspiracy theorists for years. But Rattiner says he doubts that the story is true.

For one thing, Rattiner has traced the history of the Eldridge and found that it served a successful career as a naval destroyer from the time it was launched in 1943 until it was decommissioned in 1946. After that, the vessel was transferred under the Mutual Defense System Act to the Greek Navy where it operated under the name Leon D-54 until it was decommissioned by the Greeks in 1992 and sold as scrap. 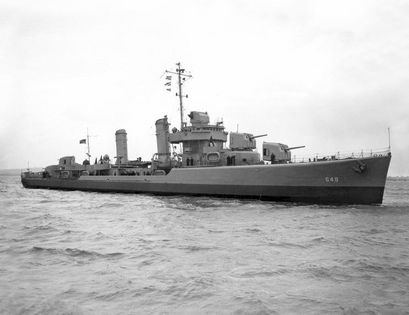 Rattiner writes that there was another destroyer, the USS Turner, that was launched the same year as the Eldridge. These two vessels both operated out of the New York during the war. And the Turner came to a dreadful end while anchored just off Sandy Hook on January 3, 1944. The ship just exploded and sank. The blast shattered windows of several Manhattan buildings. The 136 members of the ship’s crew that died in the blast were never recovered. There was speculation that the destroyer was torpedoed by a German U-boat.

Rattiner notes the similarities between the stories about the two destroyers. Both were built at the same time. Both operated out of New York and passed each other regularly while coming and going. There were 136 lost sailors. The Turner sank and was destroyed at about the same time the Eldridge was said to have disappeared in the deadly “experiment” reported in the book.

Rattiner then suggests that the authors of The Montauk Project mixed up the names of the destroyers involved in the alleged experiment.

To this day the literature about the Eldridge mentions the Montauk Project and the claim that the ship was made invisible in Philadelphia by a cloaking device in 1943. This claim is denied by the Navy.

With his tongue obviously jammed into his cheek, Rattiner concludes: “I know these dates are all mixed up. That’s what time travel is all about. I expect we shall soon see a new sequel to The Montauk Project which will explain it all.”