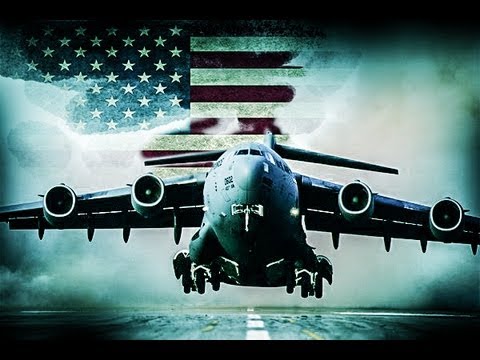 We recently read a frightening report of a long-range plan by United States (mostly Republican neo-conservative leadership), dating back to the Reagan Administration and the collapse of the Soviet Union, that would force a reshaping the world into the America's image.

There was an organization called Project for the New American Century, or PNAC, that was formed just after the collapse of the Soviet Union. This organization promoted the idea that it was time for America to take "preemptive action" to enforce U. S. interests abroad. Included in this plan was the removal of unfriendly governments so that the world can be changed as "favorable to American principles and interests."

PNAC was identified as a "new-conservative" non-profit organization, founded by William Kristol and Robert Kagan in 1997. It had the financial backing of the Sarah Scaife Foundation, the John M. Olin Foundation and the Bradley Foundation.

These names may not be familiar to most Americans. In brief: Kristol is considered the founder of the neoconservative movement in America and Kagan is a neoconservative scholar and writer for various political journals. The Sarah Scaife Foundation is controlled by Richard Mellon Scaife, an American billionaire, publisher of the Pittsburgh Tribune-Review, and a man heavily involved in banking, oil and aluminum industries. The John M. Olin Foundation is controlled by John M. Olin, president of Olin Industries, a chemical and munitions manufacturing operation. The Bradley Foundation, which controls about a half billion dollars in assets, supports "American democratic capitalism and the institutions, principles and values that sustain and nurture it."

Here is the kicker. Serving on this board since its inception were President George W. Bush; his top advisor Karl Rove; his brother and former governor of Florida Jeb Bush; Vice President Dick Cheney; former Secretary of Defense Donald Rumsfeld; Paul Wolfowitz, former deputy Secretary of Defense and now the controversial head of the World Bank; Lewis "Scooter" Libby, a former official to the vice president; and Richard Armitage, former deputy Secretary of State under Bush from 2001 to 2005.

Also: Dr. Zalmay Mamozy Khalilzad, the U.S. Ambassador to the United Nations and the highest ranking Muslim on the president's cabinet; Richard N. Perle, former Secretary of Defense in the Reagan Administration and Chairman of the Board on the Defense Policy Board Advisory Committee for the Bush Administration from 2001 to 2003; Dan Quayle, Vice President under President George H. W. Bush and R. James Woolsey, former director of the Central Intelligence Agency for President Bill Clinton.

With almost all of the Bush cabinet participating, it was small wonder that PNAC was a major advocate for the 2003 invasion of Iraq. This assault, which was indeed preemptive, became a centerpiece of this group's neoconservative agenda. That the invasion ended in a disastrous failure fortunately was the undoing of PNAC as a political force. It was formally dissolved in 2006.

Yet another frightening proposal emerging from that nutty think tank was a plan for military domination of space and cyberspace, and a proposal to establish and maintain a "Pax-Americana," or the U.S. dominance in world affairs. The organization called for control of the new "international commons" of outer space and cyberspace, paving the way for creation of a new military service called U.S. Space Forces that had a mission of space control.

A position paper published by PNAC states that "American leadership is both good for America and good for the world." It also says that "such leadership requires military strength, diplomatic energy and commitment to moral principle."
The organization promoted a policy of accomplishing all of this by military force, if necessary, and "preserving and extending an international order friendly to U.S. security, prosperity and principles."

Understanding PNAC helps us understand the actions of the U.S. government after George W. Bush took office in 2001.

What this organization of secret planners did not consider was that there was a serious flaw in their thinking. By attempting to carry out their mission, in spite of what may have been good intentions at the start, the United States turned itself into a bully that now is feared and hated by many other nations. Consequently we are now a target of extremist terrorist groups.

We also generated military spending in Russia and China so these nations are now opposing superpowers capable of challenging the United States in war. There is a race among countries all over the world to develop nuclear weapons as a possible hedge against the type of invasion carried out against Iraq, and to develop space programs to ward off an American military dominance from above.

That the Iraq war turned out to be a miserable failure; that the world has just reached a peak demand for existing supplies of known oil deposits, and that the nations are now banding together to head off the rising threat of global warming caused by industrial burning of carbon fuels, has all but taken the bite out of PNAC.

The neo-conservatives who dreamed up this scheme did not foresee the changes looming on the horizon. We now have a great world socialist movement sweeping Europe, Asia and South America as a necessary prelude to joining forces to head-off the problem of war over dwindling natural resources.

For PNAC to have gotten its way would have forced democratic-capitalistic governments to emerge everywhere, thus stimulating a demand on world resources that is, even now, impossible to meet.

Leading up to the 2014 elections, America had not lost its ability to be the great nation it once was. President Barack Obama began his presidency facing a lot of the dark political and financial baggage left over from the Bush years, but he was working hard to get things back into balance. The Supreme Court decision to open the campaign financial floodgates to big corporate dollars in 2014 managed to utilize a cleverly developed advertising blitz that tipped the scales back into ultra-conservatism. The blitz successfully fooled voters into stacking the two houses with ultra-conservative members that rebelled against Mr. Obama and consequently brought Washington to its knees. The House and Senate have remained basically idled now for the past two years.

This year we have a choice between two unpopular presidential candidates to succeed Mr. Obama in January. The struggle for control of the House and Senate is raging in every state, and the corporate money is flowing. It is impossible at this point to predict how it all will end.

What we need is leadership willing to lay down arms and put out a hand of friendship and cooperation with other nations. Instead we have two candidates who appear willing to pour even more dollars into our already powerful military. Thus we appear willing to maintain our role as a world bully.
​
As we should have sadly learned from our military adventures in the Middle East, the rest of the world does not share our value of democracy and capitalism. And they do not take kindly to our efforts to force our way of life down their throats.