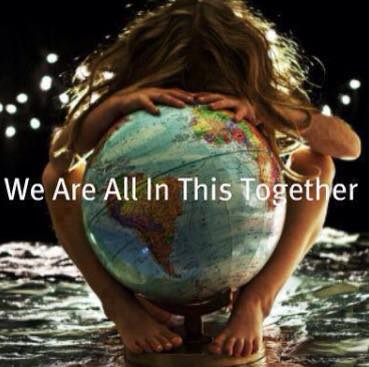 World At A Crossroad – Which Path Will We Take?

Unless we are buried under the stupor of beer, televised athletic events and the crass brainwashing effects of that idiotic barrage of network programming, most of us are keenly aware that the world is rushing toward an event of major significance.

The world economy is collapsing, people are out of work, losing their homes, hungry and in the streets in protest, the nation is involved in what appears to be endless warfare, we are living in an overpopulated world, running out of natural resources and up to our necks in filth and pollution of our own making.

The old worn-out religious cults are looking for a god-savior to fix this mess, scientists are struggling for solutions that include a possible escape to other worlds, and a growing number of folks are resorting to various forms of suicide.

As the United States deals with the impact of a disastrous presidential election most folks are keenly aware that the pure insanity of American politics has risen to levels never seen before. While people were starving and living homeless in the streets, politicians were spending billions of dollars in attack television and radio advertising, and flying hither and yon in costly aircraft under heavy guard, in their efforts to win votes from a populous that has grown so weary of American politicians most didn't bother to even show up at the polls.

A growing number of psychics, sensitives and soothsayers are predicting either a looming end of the world or a paradigm shift unlike anything humanity has ever before experienced. Some believe humans have evolved to a point where many are ready to shuck off the ancient religious belief systems and move into new spiritual pathways that will give them direct access to the Creator.

There is a growing awareness, as we have expressed elsewhere in this website that the Creator/God we seek has always been so incredibly close to us that we failed to understand the truth that was always before our eyes. It might be more accurate to say the truth was behind our eyes. It seems that the God is living within us, not above us. We thus find that we are the creators of everything in our existence.

So if we have always been the creators of our world, how did things become so muddled for so many thousands of years? How did we allow ourselves to become slaves to the few power figures who seem to rule over the affairs of our existence and our world? How was it possible that we were fooled into false beliefs by religious cults and clever manipulators into believing we were so filled with sin and wretchedness that we were no better than the worms that crawl on the ground?

With so many humans caught up in this terrible lie, how do we stop this insane merry-go-round and reprogram their brainwashed minds to see the truth? And can we accomplish this in time to get enough brains working in unison to change things before we have all jumped like blind lemmings over the cliff and into a raging sea?

This was amd remains the real issue this year. It is not whether Hillary or Trump won the presidential election, or if Syrian dictator Assad is driven from power, or if Mr. Trump carries out an attack on Iran and starts World War III. If enough people can stop what they are doing for a moment and turn to pure love for their neighbors, and call upon the Creator to flood their minds with truth that overpowers the livelong imprints of the old propaganda machine, we might collectively turn ourselves into an unstoppable force. It would be a force that can change everything overnight.

That power has always been in our hands; we were just convinced that it was not.

If we refuse to believe the truth, if we continue to submit to the dark forces that manipulate and keep us in a state of slavery, then we will have chosen the wrong path. Then our future will be bleak . . . at least for a little while until someone pushes a nuclear button and starts the process that leads to total annihilation and destruction of all mankind.

After that, we all go back to kindergarten and start everything all over. We will emerge in a state of innocence, in the garden, and have to do it all again.
We appear to be at a junction in the road now. It is our choice which direction we choose to follow.