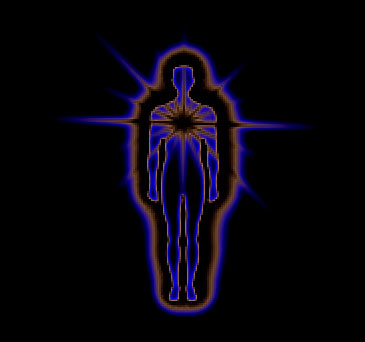 The Human Soul Is More Than An Electrical Impulse

I recently read that a Professor Johnjoe McFadden, of the School of Biomedical and Life Sciences at the University of Surrey, in the UK, is looking for an electronic explanation for the conscious mind.

McFadden entertains a theory that our thoughts are electromagnetic fields that radiate into space around us like radio or television signals.

In a sense, we think the professor may be quite right about our ability to transmit messages via human energy fields, but there seems to be something more to it than mere electrical waves.

McFadden and Neurobiologist Sue Pockett, in New Zealand, have joined forces in a developing a theory that tries to simplify everything. They suggest that the brain's electromagnetic field is consciousness. Nothing more than that.Their theory is that the brain's electromagnetic field is not just an information sink, but it can influence our actions, pushing some neurons towards firing and others away from firing. This influence, McFadden proposes, is the physical manifestation of our conscious will.

The conscious electromagnetic information field is, at present, still a theory. But if true, there are many fascinating implications for the concept of free will, the nature of creativity or spirituality, consciousness in animals and even the significance of life and death," McFadden said."The theory explains why conscious actions feel so different from unconscious ones - it is because they plug into the vast pool of information held in the brain's electromagnetic field, he said.

This is pretty heady stuff for most folks to grasp. It is obvious the two professors are trying to disprove the existence of a soul, or life after death. Once the brain they describe shuts down in death, all those neurons quit firing, the electrical signals shut down, and the conscious person existing inside that body ceases to be.

For them the future is just inky blackness. That may be all right for Professor McFadden and Ms. Pockett, but anyone who has been dead and then brought back to life, or those who have learned how to leave the body at will, cannot accept this idea.

The universe is teeming with life. It is everywhere, both in our heavy three-dimensional universe, and in parallel dimensions. We appear to live with the spirits of the dead, who walk among us. We are surrounded by fourth dimensional spirits, entities we call angels and demons, that manipulate our thoughts and sometimes even fight among themselves over our future.

Some of us are very ancient souls, who have been in and out of this world many times, and in many different forms over a time span of thousands of years. Others among us are younger souls, with only a few memories of past existences. Still others are but children, making their first journey through this dark place.

Then there are bodies walking around this world that have no souls. They are possessed beings, occupied by demons or perhaps other life forms using the spare body to experience some of the sensations of touch, taste, and even pain that only we on this planet can have.

Once you go into the parallel worlds, you must learn to communicate telepathically because there is no sound.This is the only place where words written down on a page can relay messages from one person to another.

The soul is not just an electrical impulse or a radio wave that allows us to telecommunicate with one another or tap into the collective consciousness. Our brains, however, use energy fields to accomplish all of this.

The soul is a special energy force. It is a light. It is a piece of the great force we refer to as God. It is connected to our bodies by the spirit, which is the conscious memory of who we are. I was once told that the spirit is the glue that connects our soul with the body. With thousands upon thousands of human spirits all sending out energy fields, we generate the great mental library that Jung called the collective unconsciousness. Every thought is stored there.

Those of us who have souls are part of The Light. When these bodies die, we can leave the body and fly off into the light if we choose. We once had the opportunity to return again, if we wished. Or we could stay in the light, experiencing the joy of our being.

If the dark forces succeed in destroying this planet and all of the humans living on it, however, there may no longer be a collective unconsciousness. Most humans seem to be unaware of just how unstable this situation is. They believe that a "savior" will drop down out of the clouds at the last moment to save them. This is a total fabrication designed to make the masses sleep until it is too late.

The zero hour appears to be near. I find it strange that people in general have no idea just how precious every day, every hour, or every minute of their existence in this place is. They take daredevil chances, racing their cars at high speed, paying to ride breathtaking thrill rides, jumping from airplanes with parachutes, or carrying suicide bombs into a building full of people.

When death comes, and they no longer have these bodies to use, they will miss the experience. Enjoy the ride this time around. Because of what we have done to this planet our future is changed. Once we leave this time we may not have the chance to return.