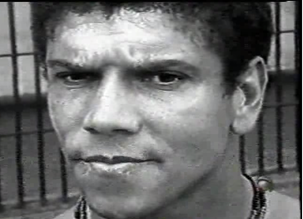 By the time he was arrested in 1973 Pedro Rodrigues Filho “Killer Petey” was officially charged with murdering 71 people. But historians who have studied his case believe he left a death toll of well over a hundred victims during the brief years he was on his rampage.

It is said Filho was born in 1954 with a damaged skull because of beatings his father gave his mother when he was still in the womb. Thus his behavior may have been both biological and genetic.

The first sign of trouble occurred when Filho was 13. When in a fight with a cousin, he pushed the boy into a running sugar cane press and nearly killed him. When he was 14 Fiho killed Minas Gerais, the vice-mayor of Alfenas, after Gerais fired Fiho’s father for allegedly stealing food from the kitchen of a school. When it was learned that Fiho’s father was innocent of the theft, Fiho killed another man that he believed was the real thief.

He fled to Sao Paulo where he moved in with Maria Aparecida Olympia and began a life of burglary. During this time he allegedly murdered a local drug dealer. When Olympia was killed by some local gang members, Filho went on a murder spree, killing the torturing several people he believed were involved in Olympia's death. Thus he had killed at least 10 people by the time he was only 18.

After his father butchered Filho’s mother with a machete, he killed his father then cut out his heart and attempted to eat it.

Authorities finally caught up with Filho in 1973 and sentenced him to prison. While behind bars, Filho managed to kill another 47 inmates. He said he believed they deserved retribution for their crimes. He threatened to kill other known criminals of his day, some of them known serial killers.

Filho appeared to have the twisted mind of a vigilante. All of his killings were in retribution for some offense either against Filho, his family, or society.
​
Brazilian law prohibits imprisoning people for more than 30 years so Filho has been in and out of prison over the years. His last release was in 2007. Since then, there have been no further killings by Filho and he is believed to still be alive.