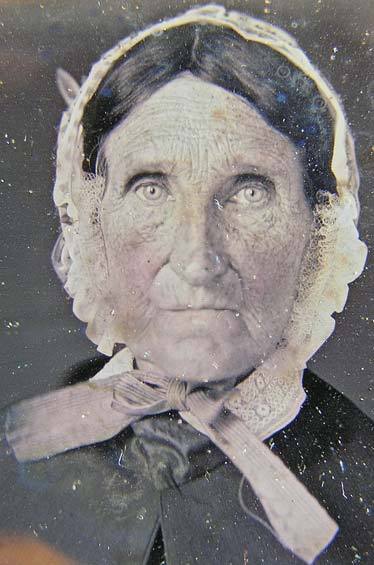 The Mother Shipton prophetic verses, published in 1862 by Charles Hindley, describe an end-time period in graphic detail that makes them even more troubling than the writings of Nostradamus.

The verses, allegedly penned by a woman who lived in England between 1488 and 1561, at about the same time that Nostradamus was having his visions of the future in France, are especially disturbing because they are easy to understand. Because she was unknown and the verses were never made public in her time, the verses are not camouflaged in vague reference. Had they been made public, the woman would obviously have been burned at the stake by church leaders for heresy.

It also was obvious that, like Nostradamus, Mother Shipton had visions of the future that she could not understand and she attempted to describe what she saw from the understanding she had of the world as it existed in the Sixteenth Century.

An example of Shipton prophecies that have already come to pass:

She correctly saw the great world wars, the advent of submarines, aircraft and bloodshed:

"For then shall mighty wars be planned, and fire and sword shall sweep the land. When pictures seem alive with movements free, when boats like fishes swim beneath the sea. When men like birds shall scour the sky, then half the world, deep drenched in blood shall die."

Mother Shipton had clear visions of our contemporary world. She saw automobiles crowding the highways, colliding with one another. She saw world telecommunications, ships, large nuclear submarines and possibly even the International Space Station:

"Carriages without horses shall go, and accidents fill the world with woe. Around the world thoughts shall fly in the twinkling of an eye. Under water men shall walk, shall ride, shall sleep and talk. In the air men shall be seen in white, in black and in green. Iron in the water shall float as easy as a wooden boat."

The Shipton verses also clearly describe the corruption, evil actions, nonsensical wars with iron tanks, the mistreatment of women, and secret police that bring fear over the land so people dare not speak of certain things aloud. These are horrors that are occurring today, right before our eyes and in all corners of the world:

"The signs will be there for all to read; when man shall do most heinous deed. Man will ruin kinder lives by taking them as to their wives. And murder foul and brutal deed, when man will only think of greed. And man shall walk as if asleep; he does not look – he may not peep. And iron men the tail shall do; and iron cart and carriage too."

She describes the political, economic and military corruption now happening:

"The king shall false promise make and talk just for talking’s sake. And nations plan horrific war, and like as never seen before. And taxes rise and lively down, and nations wear perpetual frown."

And this is where the scary part of the Shipton prophecies begin. These events appear to be just around the corner. The next verses do not need much interpretation:

"Yet greater sign there be to see; as man nears latter century. Three sleeping mountains gather breath, and spew out mud, ice and death. And earthquakes swallow town and town; in lands as yet to me unknown. And Christian one fights Christian two. And nations sigh, yet nothing do."

This verse appears to refer to joint actions by China and Russia:

"And yellow men great power gain; from mighty bear with whom they’ve lain. These mighty tyrants will fail to do, they fail to split the world in two. But from their acts a danger bred; an ague, leaving many dead."

Then there is this dire prediction:

"For those who live the century through, in fear and trembling this shall do. Flee to the mountains and the dens to bog and forest and wild fens. For storms will rage and oceans roar when Gabriel stands on sea and shore, and as he blows his wondrous horn, old worlds die and new be born."

Mother Shipton explains how this happens in verses that speak of a fiery dragon that crosses the sky six times. As to what this fiery dragon is can be only guessed. Some think it may be a reference to an atomic attack, a cluster of passing meteors, solar flares or some other aerial event so powerful that it causes the extreme earth changes described:

"A fiery dragon will cross the sky six times before the earth shall die. Mankind will tremble and frightened be for the six heralds in this prophecy. For seven days and seven nights man will watch this awesome sight. The tides will rise beyond their ken. To bite away the shores and then the mountains will begin to roar and earthquakes split the plain to shore.

"And flooding waters rushing in, will flood the lands with such a din that mankind cowers in muddy fen and snarls about his fellow men. He bares his teeth and fights and kills and secrets food in secret hill and ugly in his fear, he lies to kill marauders, thieves and spies.

"Man flees in terror from the floods and kills, and rapes and lies in blood and spilling blood by mankind's hand will stain and bitter many lands. And when the dragon's tail is gone man forgets and smiles and carries on. To apply himself - too late, too late, for mankind has earned deserved fate.

"His masked smile, his false grandeur, will serve the gods their anger stir and they will send the dragon back to light the sky - his tail will crack. Upon the earth and rent the earth and man shall flee, king, lord and serf.

"But slowly they are routed out to seek diminishing water spout and men will die of thirst before the oceans rise to mount to the shore. And lands will crack and rend anew. Do you think it strange? It will come true."

The Mother Shipton prophecy appears to warn that the cataclysmic events described above will result in an almost total annihilation of humanity. But there will be a surviving remnant, however, that begins to rebuild a strange new world that awaits it:

"And in some far-off distant land some men - oh such a tiny band, will have to leave their solid mount and span the earth, those few to count. Who survives this (unreadable) and then begin the human race again. But not on land already there, but on ocean beds, stark, dry and bare.

"Not every soul on earth will die, as the dragon's tail goes sweeping by, not every land on earth will sink, but these will wallow in stench and stink, of rotting bodies of beast and man, of vegetation crisped on land. But the land that rises from the sea will be dry and clean and soft and free. Of mankind's dirt and therefore be, the source of man's new dynasty. And those that live will ever fear the dragon's tail for many year."

Mother Shipton's visions go even farther into the future. Her story suggests that the struggling new race will get some help from alien visitors:

"But time erases memory. You think it strange, but it will be. And before the race is built anew, a silver serpent comes to view and spew out men of like unknown to mingle with the earth now grown cold from its heat and these men can enlighten the minds of future man to intermingle and show them how to live and love and thus endow the children with the second sight; a natural thing so that they might grow graceful, humble and when they do, the golden age will start anew."