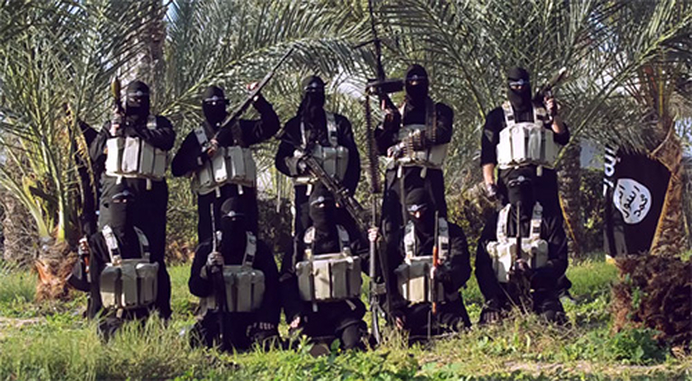 Americans did not become aware of the al-Qaeda terrorist organization until after the 9-11 attacks on the World Trade Center and the Pentagon. Even as President George W. Bush and U.S. military leaders planned an invasion of Afghanistan as a counter attack on the “al-Qaeda network” in late 2001 there were skeptics who claimed that al-Qaeda was a fabricated name and that no such organization existed.

In truth, there appears that the very name “al-Qaeda” was a misnomer from the start. The name in Arabic simply means “The Base” and appears to be a reference to a training headquarters for militant Islamists to gather and fight against forces that would oppose Islamic ideologies. If this group, which first organized under the leadership of Osama bin Laden and Abdullah Azzam during the Soviet war in Afghanistan ever had a formal name, it has escaped us. Thus the name al-Qaeda has stuck.

There is a distinct description of the al-Qaeda organization, however. It operates as a network of both a multinational and stateless army so it claims no allegiance to any nation. This made the Bush Administration’s plan to attack al-Qaeda by invading Afghanistan somewhat pointless.

Al-Qaeda also is described as an Islamist, extremist, Wahhabi and jihadist group of militants. The name Wahhabi describes an orthodox religious movement within the Sunni Islam Muslims, who seek to restore “pure monotheistic worship.” This somewhat defines the unique difference between the al-Qaeda terrorists and the other terrorist groups operating in the Middle East.

Another unique difference between al-Qaeda and the other groups is that al-Qaeda has become so international in scope that it has branch groups operating all over the world. Its members can be found in Indonesia, Africa, India, Europe and the Americas. They fit in with the crowd where ever Muslims live. This is what has made it difficult for non-Muslim people to trust and accept Muslim people, even though most Muslims are peaceful believers who do not accept the extreme Wahhabi theology within their faith.

Even more confusing is that since the death of Osama bin Laden, the al-Qaeda groups appear to be operating as separate units. In fact, some al-Qaeda forces have been said to be fighting against each other in the Syrian Civil War.

When researching the origins of the al-Qaeda organization, everything appears to point to the Russian invasion of Afghanistan in 1979 and the war that raged on in that country against guerrilla forces for the next ten years. A CIA program called Operation Cyclone helped finance the guerrilla campaign through a Pakistan agency which supposedly financed what was known as the Afghan Mujahideen. The Saudi Arabians were backing yet another military force known as the Maktab al-Khidamat. Together it is believed about $600 million a year was funneled into the Islamic jihad against Russian forces.

It turned out that the Maktab al-Khidamat (MAK) was launched in Peshawar, Kakistan by bin Laden and Azzam. MAK set up at the Afghan border and developed paramilitary training camps for volunteer foreign recruits before sending them into the Afghan war. While Saudi Arabia was giving financial help, bin Laden, a member of a wealthy Saudi family, was a major financier who not only used his own money, but his influence to raise money to support the mujahideen.


It is said bin Laden was so opposed to Capitalism and the American system of operation in the Middle East, he refused to allow his organization to accept CIA money for MAK support. Obviously MAK eventually became known as al-Qaeda. It may have been the Americans who gave the organization its name change after 9-11. The Bush Administration began using that name and it has stuck ever since.

After the Russians pulled out of Afganistan, the other force, referred to as the Afghan Mujahideen, emerged as the Taliban. This became known as a hard-line radical Islamic group that was uniquely different in theology from the al-Qaeda. It was largely the power organization operating in Afghanistan. But because both the Taliban and al-Qaeda fought together against the Russians, the two organizations continue to support each other in the current war against the United States and allied forces operating in the Middle East.

While the U.S. military invaded Afghanistan in retaliation to the 9-11 attacks, it was discovered that ben Laden’s forces were more established in secret mountain camps in Pakistan. The U.S. and Pakistan have technically been friendly on political levels, so carrying the war into Pakistan seemed impossible. Yet the CIA and later the Obama Administration managed to do this anyway via drone attacks from the air that were aimed at al-Qaeda camps. Also bin Laden was stalked and killed in his home in Pakistan, much to the chagrin of the Pakistan government.

As noted in an earlier story, al-Qaeda forces also are operating in Yemen, on the south Saudi Arabian border, and are currently under drone attack by US forces there. Consequently both the U.S. and al-Qaeda forces are deeply involved in the complex civil war going on in Yemen.

That al-Qaeda has gained popularity in so many other places in the world is deeply troubling to democratic governments and people of non-Muslim faiths. That is because al-Qaeda is identified as an organization of Salafist jihadists. They believe that the killing of civilians is religiously sanctioned by Allah; they envision a complete break from all other Islamic belief systems, look for the creation of an Islamic caliphate to rule the world, and want to replace all “man-made laws” with a strict form of sharia law.

Al-Qaeda is especially opposed to the United States and Israel because they believe a Christian-Jewish alliance is conspiring against Islam.

All of this may help explain why al-Qaeda has been responsible for attacks against other Moslems. They regard “liberal” Muslims, Shias, Sufis and the other Islamic sects as heretics.

It is unknown just how many al-Qaeda members exist, or just how connected the various al-Qaeda groups are with each other. Most of the members are believed to be Arab in nationality. What is surprising is that some analysts estimate that about 62 percent of the members have a university education.

There is a disturbing element to the operations launched under bin Laden’s direction. His strategy for the year 2020 was published by Al-Quds Al-Arabi in 2005. It included five stages to alter the world and bring down the United States and Russia.

The first was to stage an attack on U.S. soil that would provoke Americans to invade a Muslim country; then incite local resistance to occupying forces, expand the conflict to neighboring countries thus engaging the U.S. military in a long and costly war of attrition. To date the first three goals have been accomplished.

The fourth plan was to convert al-Qaeda into “an ideology and set of operating principles” that can be adopted in other countries and used to incite new attacks against the United States.

Bin Laden’s belief was that continued conflicts would cause the U.S. economy to collapse by the year 2020 from multiple wars. The worldwide financial system, which is dependent on the U.S., would go down with the US economy, leading to global instability. Thus the door would be open for a global jihad and takeover by a world Caliphate. This is plan five.

The Bush decision to invade Afghanistan and Iraq, and get American troops engaged in long and costly wars has indeed put a serious strain on the nation’s economy. Democratic President Barack Obama is working hard before his term ends to stop a move by Republican legislators and Israel’s President to get us involved in yet a third war with Iran. And America is already getting heavily involved in the civil wars going on in both Syria and Yemen.

If we are not careful, Osama’s plan to destroy the world economy and get a world dictator into a seat of power may just come true.