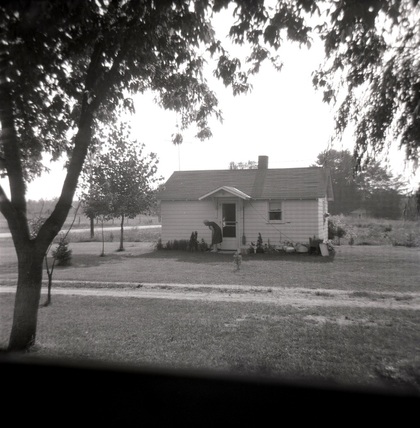 When the housing bubble burst in 2008 and people began losing their jobs and high-cost homes all across the nation, it was inevitable that something new and radical had to be done. Virtually every city is now dealing with homelessness. Even people that go to work every day come home nightly to tent cities on the outskirts of town.

The irony in all of this is that many of the bank-owned houses where the homeless families once lived now sit either empty with half-million dollar price tags on them, or they have been grabbed up by rich investors and are being rented out. To afford the extreme price landlords are taking on the rental agreements, renters are sub-leasing portions of these houses to other families that squeeze into various rooms throughout the dwelling. Everybody shares the cost of rent and utilities, thus making housing somewhat affordable.

But the arrangements are not comfortable or convenient. The houses they occupy may be large and offer plenty of room, but they were never designed for apartment living. Thus the people who move into them become part of a manufactured family. Everybody shares the kitchens and bathrooms. Cars are parked all over the yard, making an unsightly problem within once fashionable neighborhoods. And when personalities clash, the rental situation can become problematic if not unbearable.

People always prefer living in their own private space.

The solution to all of this is finding a way to move families back into low cost but acceptable housing that people earning today’s limited wages can afford. Housing architects are busy engineering new compact and low-cost houses that fill this void.

But there is another problem here. While designers at Auburn University’s Rural Studio program in West Alabama has come up with plans for lovely one and two-bedroom houses that can be built for less than $20,000, they have been slammed face-to-face with local building codes, bank rules and neighborhood rules that must be solved before such homes can be allowed.

As writer Adele Peters explained when reporting on the Auburn University project: “The biggest challenge is fitting a house that’s completely different than normal into the existing system of zoning, and codes, how contractors do their jobs, and even mortgages.”
​
Peters was describing a new contemporary style of construction, using improved building materials that exceed demands described in the old BOCA building code book that most community building departments use. The design had to take this route in order for the cost of the homes to fit both budget and construction demands.

As explained by Rusty Smith, the project director, the structures are “built more like airplanes than houses, which allows us to have them far exceed structural requirements . . . We’re using materials much more efficiently. But the problem is your local code official doesn’t understand that.”

Consequently, each project home must be sold in graphic detail to the local building inspectors, to the banks that mortgage the property, and to every other legal enforcer that gets in the way before a new house can be placed on a vacant piece of city property. Under zoning ordinances, even the lot sizes are established in various neighborhoods, and the style of the house must fit the zoning code of that part of town. Thus the very problem of acquiring a lot on which to place a house might be a road block to building an inexpensive and compact house. Also there are the costs of water, sewer and electric hook-ups, sidewalk construction and neighborhood bond issues to be considered.

Just owning a house anywhere can be very costly these days.

Some years ago my wife and I took on the challenge of refurbishing an older and tiny two-room “mother-in-law” house, and succeeded in making it a home for the two of us to comfortably live in. We did it mostly as a challenge to see if it could be done, and also because living there would make our lives more efficient at the time. We were both commuting long distances to our jobs.

The little house was structurally sound but it had only a single front door, a single bedroom with a walk-in closet, and no heating system or water and sewer hook-up. It was in a rural area. The woman who had once lived there used an outdoor privy and walked to a neighbor’s house for water every day. The house had 15-amp. wiring with a few plug outlets and overhead lights so we assume she used an electric floor heater in the winter months.

We rewired the house, installed a wall propane gas-fired heater, a compact bathroom with toilet and walk-in shower and a plumbing system that was hooked up to the neighbor’s well. We could do this because both houses were located on the same lot and both were family owned.

The installation of a septic tank was our biggest problem. To keep our costs down I bought a large plastic farm tank that was more than large enough for a septic service. Then we hired a contractor to dig a hole, drop in the tank, hook a drain to it from the house and lay out a drain field at the back of the lot. The work was done in a single day. Because we knew we were breaking code and we were located on a rural road we did not attempt to get a permit. We knew it would not be approved because of my plastic farm tank.

Even though the plastic tank we used was probably stronger and more suitable for use as a septic service than the standard concrete ones established by code, the fact that we used it was not accepted by the county building department. There was a red tag on our door while we tangled over that legal problem. It was eventually resolved and we were allowed to move into our little bungalow.

There was a crawl space under the roof that allowed us to roll insulation over the ceiling of the entire building. I also re-roofed and painted the exterior of the house.

Once we got adjusted to compact living we found that our little house was one of the most comfortable, most easy to care for and most efficient homes we have ever occupied. We had to sell all of our furniture and most of our personal things just to fit into it, but once the adjustments were made, we loved living there.

It was not a house designed for raising a family, but for single people and couples, it was a perfect house. We sold it some years ago and moved on. But every time we go through the area we notice that the little house is still occupied. It is comforting to know that other people are reaping the benefits of compact living. Our little experiment worked long before it was necessary for people to convert to this kind of housing because of changing times.

Best of all, my idea for a less costly and more effective septic system also has proved itself.
​
The problem now is getting local building and zoning laws up to speed to allow the changes needed for modern, compact and low-cost housing.