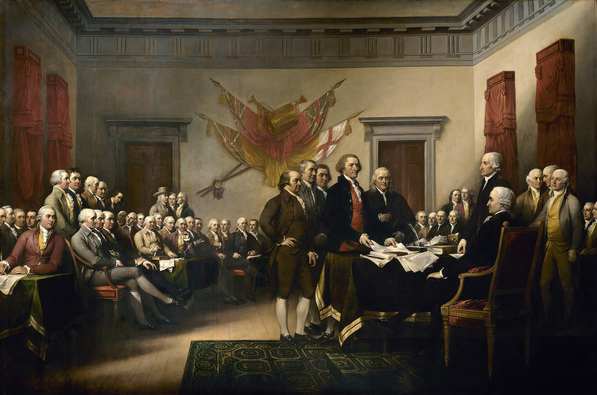 Early in my career as a journalist I had the privilege to work for a most remarkable managing editor that had a lot to do with preparing me for all of the pitfalls that journalism has faced in these, the declining years of the free American system.

Bert Lindenfeld, a former World War II submarine commander, ran his newspaper office in Benton Harbor, Michigan, with the iron fist that one might expect from such a man. There was no democracy there. Lindenfeld was a wise man however; he knew how to bring out the best in his writers. He devoted his time training us to be as good as he expected us to be.

He was a hard taskmaster. You either loved and worked with Lindenfeld or you fled that office. I stuck it out and because of his direction established a standard in reporting and writing that stuck with me all of my life. He was, in my recollection, the finest editor any newcomer to the field of journalism could have. What was remarkable about Bert was that he shared a concept expressed by the founding fathers of our nation. He did not trust democracies.

I distinctly recall having lunch one winter afternoon with some of the writers and Lindenfeld joined us. The conversation that day involved politics, and for some reason it swung over to the way our government was swinging from its original formation as a republic, into a democracy. Bert said he thought this was a very bad sign.

As a young college graduate and struggling writer, with very green grass still growing around my ears, I was shocked to hear someone as highly regarded as this editor make such a rash statement. But then Lindenfeld clarified what he meant. He said that if all Americans who were receiving government support of any kind would also agree to give up their right to vote, he thought the democratic system might still work.

What Lindenfelt was saying was what French observer Alexis Tocqueville argued . . . that the conflict between the impulse for private gain and the impulse for community and the common good would eventually tear America apart.

Indeed, what is occurring in the United States today is the very worst scenario of the disaster perceived by Lindenfeld and Tocqueville. The conflict that Tocqueville warned about is happening before our eyes. And with corruption now implanted so deeply within all three branches of our government, finding a cure without a second revolution might be next to impossible.

An essay by Rose Wilder Lane noted that the very men involved in designing our form of government, George Washington, Thomas Jefferson, Benjamin Franklin, John Adams, James Madison and James Monroe, all feared democracy. They were wise and educated men who knew their history, and understood the flaws within a democratic system that would bring about its downfall.

Our founding fathers went to great lengths to create a republic . . . a system of government in which the people elected representatives to go to two separate houses of Congress and the Senate, and executive and judicial branches for checks and balances. Alas, we have slowly allowed this magnificent system to erode and turn itself into a twisted form of a democracy. In fact, we no longer consider the United States a republic anymore. We openly flaunt ourselves as a democracy, and are attempting to convince other nations of the world to become democracies too.

For those who need a brief government lesson, a democracy basically means mob rule. The court order that called for a one-man, one-vote mandate, and divided voting districts into even numbers for balance, rushed the country into the democratic concept. We have been on a down-hill slide ever since.

The shift was subtle. It probably really had its start with the Civil War, when America struggled over the issue of state vs. central government control. The Union won that war and state governments have been eroding ever since.

Smaller versions of this great system included county governments, within each state, and city and township governments within each county. There was recently a bill working its way through the legislative branch of government that would have stripped townships of their rights to collect taxes, hold elections or do any more than merely exist as a non-functional form of local government. The bill was defeated, but we thought at the time that the mere fact that someone in Washington was thinking along these lines was troublesome.

Now Michigan’s newly elected Governor Rick Snyder and his Republican legislators have pushed through an Emergency Management bill that gives the state the power to appoint emergency managers to take control of towns and school districts that are in financial trouble. These corporate managers and their boards will have the near-dictatorial power to disband elected boards, dissolve contracts and sell off assets. In current bad economic times, most communities and schools in Michigan are fighting deficit budgets.

Just as Tocqueville warned, our government has eroded from within. It began with lobbyists representing special interest groups, minorities, and big business that began buying votes on issues that did not necessarily represent the best interest of constituents. Soon there was graft and corruption as more and more special interest groups wormed their way into the affairs of our nation.

Today big business buys the power in America. It controls elections, pays for the slick television advertising designed to convince the masses to elect the chosen people to office. And if there is any doubt, it also has found ways to manipulate elections. Its infiltration into the U.S. Supreme Court, and the fateful 2010 decision that corporations must be considered individuals and therefore qualify for making secret money contributions to candidates of their choice, was the final blow.

Only the very wealthy can win presidential office. Either the candidate must possess great personal wealth, or be well financed by special interests willing to buy the office. We will never have another Abe Lincoln rise up from common stock to hold that high office unless he is sold out to the highest bidder.

Americans may stand up on the Fourth of July and proclaim their patriotism and freedom in the United States, and in a sense, they still enjoy many of the freedoms they treasure. But when you think about it, a lot of the things Americans have cherished, and still like to think they have, are gone.

We no longer have the privacy we once enjoyed. Our e-mails are watched, our visits on the Internet are tagged, everything we buy with our credit card is electronically recorded, and video cameras are mounted everywhere, carefully documenting our every move.

We no longer have the opportunities to gain promotion and good paying jobs on the corporate ladder because most of the big corporations have moved overseas in search of cheap labor. Thus the best some college grads today might do is become the manager of a fast food restaurant, or the head janitor of a wholesale cleaning business. The only way to get in the “game” is to study for specialized positions in areas like finance, law and electronics.

Those health care benefits our parents and grandparents enjoyed while working at Ford Motor Company, Chrysler or General Motors are all but gone now. Today we are lucky to have a job that offers health care insurance. Before the Obama Administration pushed through a federal health care program, more than half of the American people were living without health insurance. Because of conflict with the conservative Republicans in Washington the program remains flawed. In many cases the co-pay for doctor and hospital visits are still too high for most families to deal with. Consequently many are avoiding visits to the doctor until it is sometimes too late.

The Union forces won the civil war. Historians tell us that war was against slavery but that was never the truth. What happened was that because of the war blacks were freed from ownership by plantation operators. But over the years the majority of Americans of all color and creed have become slaves of big corporations. We all work long hours for stipends, barely enough to cover the rent, food, and the clothes we need to go back to the job.

This is life in a democracy, folks. It was not what our founding fathers had in mind when they put this government together, but it is what we have ended up with.

Now we need to worry about remaining intact as a nation before it all falls to ruin, as Tocqueville warned.

Madison also issued a severe warning when he wrote the following:

"A pure democracy can admit no cure for the mischiefs of faction. A common passion or interest will be felt by a majority, and there is nothing to check the inducements to sacrifice the weaker party. Hence it is, that democracies have ever been found incompatible with personal security or the rights of property; and have, in general, been as short in their lives as they have been violent in their deaths."