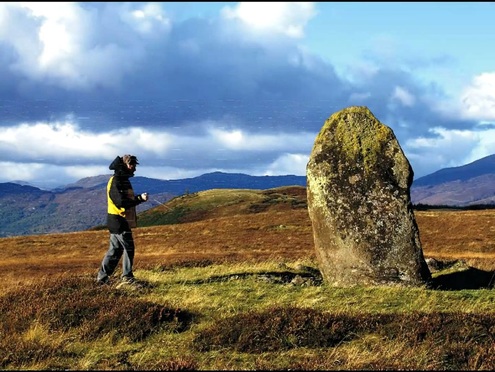 The Mystery Of Ley Lines

We first heard about ley lines when my wife and I met a homeless young man at Sedona, Arizona. The man, whom we first thought quite insane from time spent sleeping in the wilderness, said he could see the ley lines surrounding the Earth and knew how to alter the energies that follow them.

Because we were kind to this man, giving him a meal and a place to shower, he returned the favor with a gift. He warned our daughter, who was then attending school in Phoenix, that there were bad energies in her apartment. He said her roommate was causing problems. He promised to fix the trouble

Our daughter later confirmed that she was having trouble with a girl who shared her apartment and that she sensed negative energy where she lived. The troublesome roommate unexpectedly moved out, and after that, our daughter said she thought the problem was definitely improved.

Sedona was a magical place in those days and meeting this young lad was just one in a string of strange esoteric events that changed our perspective on the universe as we thought we knew it.

We grew to understand that the national forest surrounding Sedona was filled with homeless souls, living ghostly, almost elfish lives among the trees

I had almost forgotten about the ley line story until I read about the theories of Alfred Watkins that the megaliths, standing stones, old crosses, burial mounds, old churches and other ancient markers throughout the British Isles are aligned with ley lines circling the planet. Watkins noted that according to old folk-lore, there is a natural flow of energy that follows the lines.

Then there have been books on the paranormal by Janet and Colin Bord that link the lay lines with the appearance of black dog ghosts that appear at ley points, like old churches. They suggest that the black dog ghosts are patrolling set routes, possibly following ley lines.

Some occultists have taken the ley line story to the extreme, suggesting that in addition to the ghost dogs, ghost birds, big hairy man-like creatures and even UFOs are guided by the ley lines.

The Malaysia Star Online recently noted that Chinese cultural and feng shui believe that evil spirits and forces travel in straight lines. To block them, the story said, a path, especially to a house, should be crooked and winding.

So are ley lines real?

For some strange reason, ancient civilizations found it necessary to place standing boulders or menhirs in straight lines for miles across the countryside. They continue over hills and into vales, despite the contour of the ground. And churches, as well as other religious buildings are, indeed, found along the same path.

During our time in Sedona, my wife and I were aware of an energy that seemed to overwhelm the community. Everybody was filled with light and it was, at least for us, an extremely happy place. We still look back on our brief time there with fond memories.

The natives tell of many powerful vortexes that exist in and around that community. They say the energy from these systems is the driving force behind the spiritual nature of the place. American aboriginals recognized the area as a sacred place. To them, the coming of the white men to commercialize the natural beauty of the red rocks, streams and rustic nature of the area was blasphemy. I tend to agree with them.

I am also sensitive to the existence of natural energy systems on this planet that most humans have little consciousness of. If ley lines, or energy streams were the driving force behind the erection of the great menhirs and megaliths of the British Isles, then it so be it. The story would help explain why all that strange work was done.