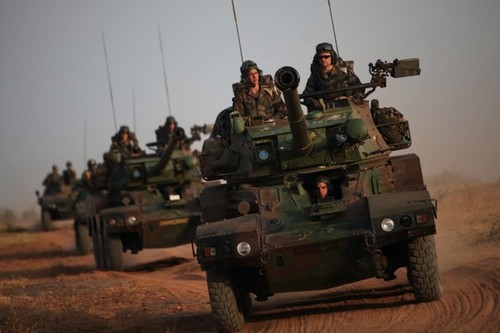 The Ansar Dine Terrorists Of Mali

No matter where you go in the world there appears to be terrorist organizations in operation. If there is any common denominator to be found among them it is that the members are battling against either government tyranny or other religious based organizations operating in their country. The Ansar Dine of Mali is such an organization.

This group, which raised its militant head from out of the heart of the West African territory in 2012, appears to be a splinter Islamist organization with ties to Al-Qaeda in the Islamic Maghreb. It opposes the Sufi Islamic ideology which strangely was the driving force behind an earlier Islamic terrorist movement by the same name that appeared in Southern Mali in the 1980s.

Thus we have two militant organizations operating under the name Ansar Dine that are literally at war with one another in Mali. We have to wonder how the fighters effectively identify the enemies in the event they ever go to physical battle with one another.

Another little joke can be found in the name the two organizations have taken. Ansar Dine when translated to English means “defenders of the faith.” Its members are reportedly from not only Mali but Algeria and Nigeria.

The organization’s members are striving for the imposition of strict Sharia law across Mali. The Ansar Dine fighters wear long beards the fly black flags with the Islamic creed inscribed in white. The group does not seek independence, but rather to enslave Mali, forcefully converting the people to live under a rigid theocracy. If possible they want to expand their movement into Azawad, a small independent territory located at the north edge of Mali.

The Ansar Dine had its origins in a 2012 national mutiny when Malian soldiers overthrew the Malian government and President Amadou Toumani Toure. During the chaos the Ansar Dine militants moved into the towns of Kidal, Gao and Timbuktu. The group leader Iyad Ag Ghaly immediately imposed Sharia law in a radio message to the people. This included the veiling of women, the stoning of adulterers and the punitive mutilation of thieves. In Gao the militants banned video games, Malian and Western music, bars and football.

Within weeks, Ansar Dine declared itself in control of all the cities in northern Mali.

There are resistance movements. They include the National Movement for the Liberation of Azawad, or MNLA, which wants the Azawad territory declared a Tuarag state. The Tuarags are a tribal organization of Africans who predominately occupy this area. The other groups are the National Front for the Liberation of Azawad, or FLNA, which seeks autonomy for the Azawad area and freedom from Sharia law, and Ganda Koy, an organization of ethnic self-protection militants that seem to want no part of any of the other militant groups.

Mali is the eighth largest country in Africa with a population of over 15 million people. Among them are numerous tribes of different ethnic and religious background, including Christians, who want nothing to do with the Islamic invasion and the imposition of Sharia law.

Consequently, the nation of Mali is in a constant state of warfare and unrest. A recent report in the publication Al Jazerra noted that “the region is a cauldron of instability with a diverse blend of religious fighters, ethnic militants and secularists.”