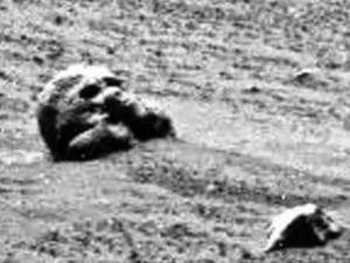 Can It Be That Our Origins Are Not Of This Earth?

A few years ago my wife and I had the privilege of living for about three months with a Navajo medicine man and his wife. Their rickety old house was on the Navajo Reservation, in the high desert wilderness of Arizona, not far from the Four Corners, a point where the states of Arizona, New Mexico, Utah and Colorado meet.

Even though it was a remote area, amazing things had a way of happening there. We witnessed peyote spiritual ceremonies, saw humans change into animals and then back again, watched half naked Ye'ii Bi'cheii dancers by the light of winter campfires and experienced the effects of magic spells and healing prayer while the smoke of burning cedar filled the room.

We learned that everything we thought was real and true was only an illusion. We were privileged to witness a much different reality than the one we thought was correct.

On one particularly memorable night we had a room full of very unusual visitors. They included two traveling Mormon missionaries, the medicine man and his wife, and the wife's parents and grandmother.

The grandmother, who spoke only Navajo, was a frail little woman. In spite of her size, however, she filled the room with her mental strength. There was no doubt in anyone's mind that she was the matriarch in this family. Even though she spoke few words, those words were law.

During the course of our conversation, I happened to mention Richard Hoagland's book, The Monuments of Mars, which revealed the first enhanced NASA photographs of the controversial face and nearby ruins of what appeared to be buildings on the red planet. The pictures were taken during one of our first fly-by missions to Mars in about 1976, when Hoagland was associated with NASA and working as an advisor to veteran newscaster Walter Cronkite.

We also talked about Hoagland's later theory, that there might be ruins of buildings on the dark side of the moon.

The old woman, who spoke only in the Navajo language, seemed very interested in our conversation and kept asking her family to translate what we were saying. It was after she fully understood what we were discussing that she made a surprise statement. "We have always known about the buildings on the moon," she said. She acted indignant, as if we "white" folks were complete fools for not already knowing this.

A later Viking space mission to Mars sent back thousands of new and more intricate pictures of the planet, many of them zeroing in on that same spot which either Hoagland or NASA has dubbed "Cydonia."

While our national news people have poked fun at Hoagland followers who believe the mile-wide carved human face in the Martian rock really exists, a study of the new pictures presented at one time on Hoagland's web site (www.enterprisemission.com) made this writer sit up and take notice.

There, in black and white, were not only sharper images of the face but formations that look very much like the ruins of a great city surrounding it. There are long, straight lines that appear to be the remains of giant walls. Other structures look like large pyramids, bigger than any of the ancient structures we find on Earth. Yet another building has three levels, each one smaller than the one below it.

Hoagland's more recent idea, based on a discovery by the Galileo space mission to Jupiter, is that the moon Europea is an ocean of frozen ice, suggests that life forms may be living under this ice.

These discoveries, the revelation by a group of scientists about two years ago that the fossil remains of primitive life were found in a meteorite which originated from Mars, and stories among the aboriginal people that suggest visitors from outer space and buildings on the moon, were not welcome news because they challenged age-old belief systems.

How ironic that our educators are still locked in heated debate about whether evolution and creation theories should be taught side-by-side in our public schools. At the same time we are trying very hard to ignore an increasing layer of scientific evidence that offers an intriguing third theory as to our origins.

Just suppose, if the truth were known, that we are all really aliens, or at least the descendants of alien visitors?