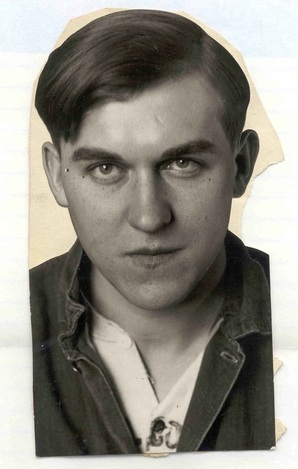 He was only 21 by the time authorities caught up with him in 1928, but by then Gordon Stewart Northcott, a chicken ranch operator in Jurupa Valley, California, had maliciously raped and murdered an estimated 20 young boys who were lured to his farm.

It was 1928 and the address of the Northcott’s farm was identified as Wineville. But the national sensationalism surrounding his terrible crimes created such a stigma the town changed its name to Mira Loma in 1930. In 2010 Mira Loma was annexed to Eastvale in Riverside County, California.

The crimes were discovered and reported by 15-year-old Jessie Clark, of Saskatchewan, Canada, who visited the farm to check on the welfare of her brother, Sanford Clark. After returning home to Canada, Jessie reported what she observed to Canadian authorities. The Clark children were the niece and nephew of Northcott.

Sanford was on the farm, by permission of his Canadian parents and at Northcott’s invitation. He was supposed to be helping operate the chicken farming operations but instead, was being used by Northcott to lure young boys to the property.

The lurid affair also involved Northcott’s mother, Sarah Louise Northcott, who was not only aware of her son’s murderous behavior but was personally implicated in covering it up and assisting in hiding the bodies. She confessed to one of the murders.

Jesse Clark's complaint was submitted to the American consul, which contacted the Los Angeles Police Department. The police contacted the U.S. Immigration Service, which sent inspectors to investigate. When they arrived at the farm they took Sanford Clark into custody but Northcott and his mother managed to escape. They fled to Canada where they were arrested in British Columbia.

The whole sordid affair was slowly revealed during the sensational 27-day Northcott trial before Judge George R. Freeman in Riverside County in February and March, 1929.

Northcott was born in Saskatchewan, raised in British Columbia, and moved to Los Angeles with his parents in 1924. His father bought the Wineville area property where he helped Gordon build a house and establish the chicken ranch. Northcott persuaded Sanford to come to Wineville to help him operate his chicken ranch.

It was revealed that Northcott's father had been sodomizing Gordon. It apparently was during the work on the Wineville ranch that the father was committed to a lunatic asylum where he remained for the rest of his life. Gordon Northcott turned out to be a pedophile. While living on the ranch with his young nephew and his mother, Northcott abducted young boys and sexually assaulted them. Then when he tired of them, he disposed of the boys with an ax and dissolved their bodies in quick lime. The remains were disposed of in a nearby desert area.

Local authorities were already investigating reports of "strange goings on" at the Northcott ranch when immigration officers visited the ranch and seized Sanford. The boy opened up to authorities with terrible stories of murder. He brought police to some of the grave sites on the ranch where human bones were recovered.

Both Gordon and his mother Sarah were arrested in Canada, and extradited back to California. Sarah Northcott confessed to her part in killing at least one boy, Walter Collins. She was sentenced to life in prison but was released on parole after 12 years in Tehachapi State Prison. She died in 1944.

Gordon was sentenced to death by hanging. The sentence was carried out in 1930.